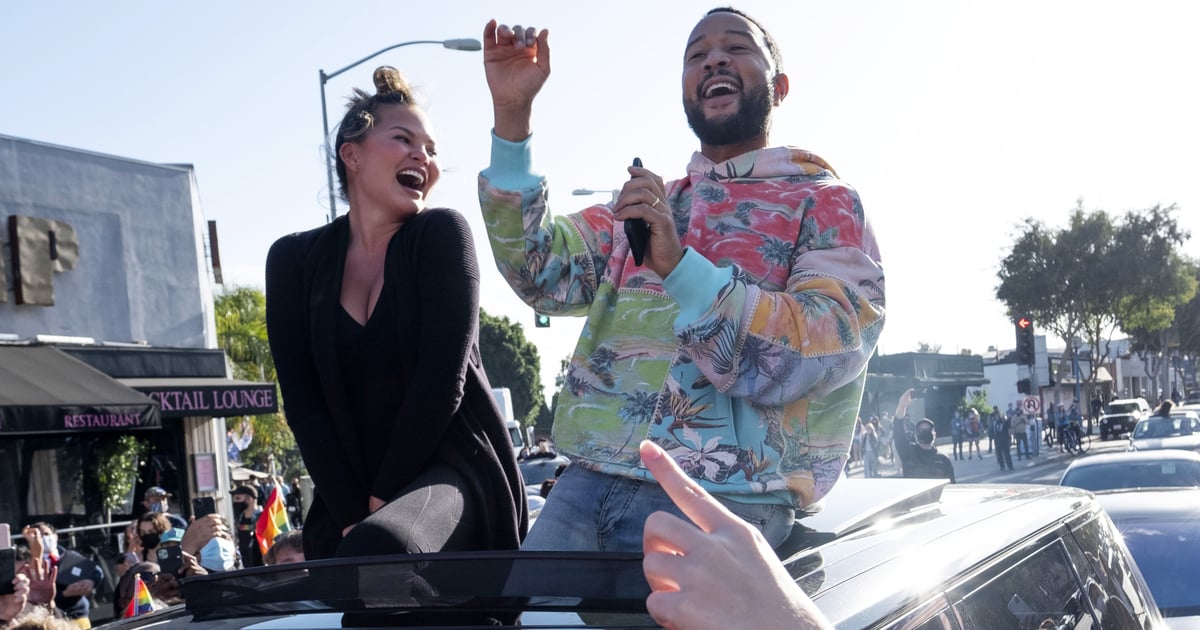 Chrissy Teigen and John Legend didn’t miss out on the celebratory action when Joe Biden and Kamala Harris were declared the projected winners of the 2020 election. As crowds started swarming the streets in LA, the couple drove into Hollywood to bask in the progressive victory alongside their excited city. “F*ck this sh*t, I’m getting out there,” Chrissy said on Twitter after hearing horns honking nearby.

Surprised participants spotted Chrissy and John cheering from the sunroof of their car, and quickly caught the moment on camera. “Everyone is so beautiful and so happy I’m crying,” Chrissy tweeted in response to the celebration. Both Chrissy and John stayed socially distanced from the crowd during the ongoing pandemic, but seemed overjoyed to participate in the festivities.

John and Chrissy have been vocal supporters of Joe and Kamala over the past few months, with John most recently performing at for the campaign’s final rally. Their opposition to Donald Trump is famous, to the point where Chrissy is blocked by his presidential account. Turns out, she need not be worried about the commander-who-tweets’s feelings towards her posts for much longer. Get a closer look at Chrissy and John’s fun victory lap, ahead.