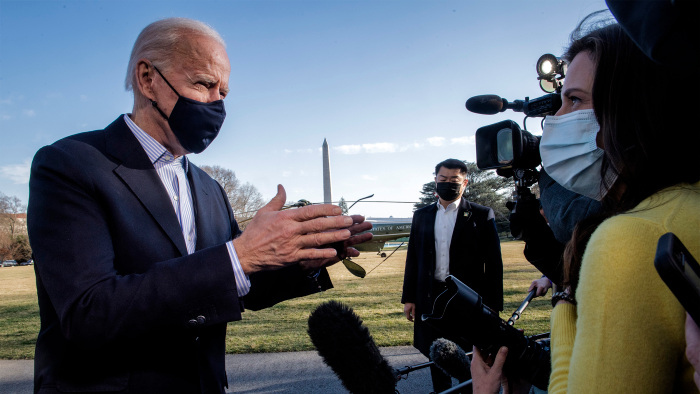 Now that President Biden’s COVID-19 relief bill is signed into law, Democrats are gearing up for their next legislative feat: a sweeping infrastructure bill. And like clockwork, there are already a number of news stories about the drama — legislators pushing their own agenda items, conflict over how best to pay for the bill and worries about how lawmakers will reach consensus.

For their part, Biden and the Democrats seem to welcome the media attention at this point. But they might want to be careful with just how much media attention they attract. Studies find that media attention often makes it harder — not easier — to get actual legislation through Congress. Case in point: The early stories of conflicting agendas on infrastructure may be an early sign that media coverage will be counterproductive. Media coverage has a tendency to focus on conflict and process, which can turn off voters and ultimately reduce support for policy proposals.

In her book “Combative Politics: The Media and Public Perceptions of Lawmaking,” University of North Carolina at Charlotte political scientist Mary Layton Atkinson found that major laws that pass by slim majorities get five times more media coverage than those that pass with large bipartisan majorities. According to her research, media coverage largely focuses on why the legislation was controversial or the legislative debate was acrimonious; only one-third of congressional coverage focuses on policy details.

The consequence of this, Atkinson told me, is that, “[M]any people are turned off by the process discussion, even if they like the substance of the legislation.” In other words, the public’s takeaway from a big piece of legislation is often that political interests dominate all else, which in turn can reduce support for legislation and raise public perceptions of partisanship and extremism.

Political scientists James Curry and Frances Lee find that legislators still often talk about a broken process and political considerations, even when they’re on the winning side. This happened with the recent COVID-19 relief bill, with Democratic legislators complaining that a minimum wage hike was not included. The bill has remained popular so far, though it’s worth noting it’s unique in that it’s responding to a major public health crisis.

So why do policymakers pursue media coverage if it does not help pass legislation? John Lovett, who teaches politics and international affairs at Wake Forest University, finds that lawmakers — especially backbench members of Congress who otherwise have difficulty getting noticed — are increasingly interested in raising their national profile. When bills get more coverage, more members are mentioned, each with their own priorities and objections.

Since the 1980s, congressional leaders have also hired communications staff at a rate faster than policy staff, concerned that the way their proposals are covered might affect election results. Meanwhile, many ideologically extreme members are interested in advancing their individual careers by generating more media coverage, rather than passing bills.

All that has come at the expense of compromise. As Lovett told me recently, “[The] media is going to allow these members to really expand the topic essentially, and bring in new perspectives.” But, Lovett added, “As you get more and more of those new perspectives, it gets that much harder for leaders to get everybody together.” He has found in his research, for instance, that increased media coverage has made debates on immmigration more contentious over time and debates on health care regularly more heated than those on agriculture.

So are we in a spiral of low productivity in Congress, given our saturated media landscape? Not necessarily. There are still plenty of success stories.

In fact, the last Congress was surprisingly bipartisan, with all 15 major laws passing with both bipartisan and supermajority support. That’s among the most bipartisan records in Congress, even in our polarized times. Granted, productivity in the last Congress was aided by five COVID-19 relief bills, but there were also other bread-and-butter bills, such as disaster assistance and public lands protections, that did not dominate the news.

It turns out consensus legislation is still possible. But you may not hear much about it. In fact, that may be what enables it to pass.