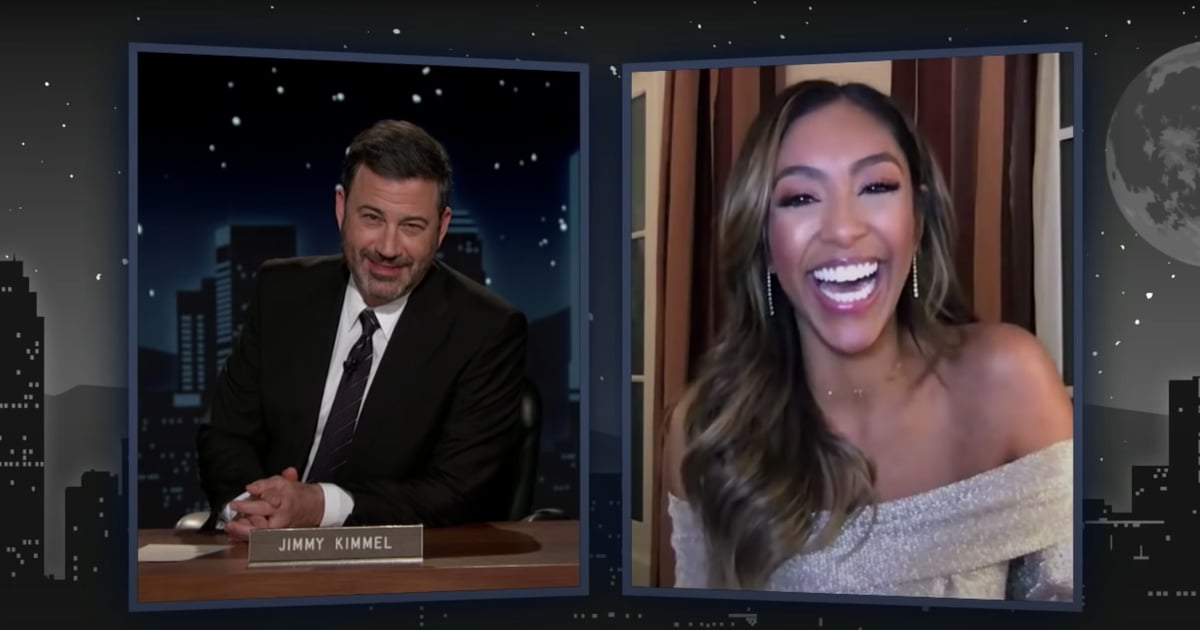 Normally, when one of Bachelor Nation appears on Jimmy Kimmel Live, the grilling is so intense that the interview is more nerve-wracking than enjoyable! But when new Bachelorette Tayshia Adams made her appearance on Nov. 6, all we could think about is how sweet the former phlebotomist is!

Kimmel didn’t waste any time getting into the nitty-gritty questions with Adams, questioning when Adams was called up by production to replace Clare Crawley after the older woman’s surprise engagement to Dale Moss ended her time on the show prematurely. When the new Bachelorette danced around the question, all bets were off for the late-night host! He asked about her quarantine, whether she was able to chat with Clare about the remaining suitors, and he even threw out wife Molly McNearney’s predictions for Adams’s final four guys. Despite her repeated utterance of all forms of the word “honestly,” it’s safe to say that Adams played everything close to the chest and wasn’t spilling any tea to Kimmel.

We guess the self-proclaimed “Rosetradamus” is just going to have to try again another time! In the meantime, we’ll be here checking out Adams’s new promotional photos, looking regal as the new queen of The Bachelorette.