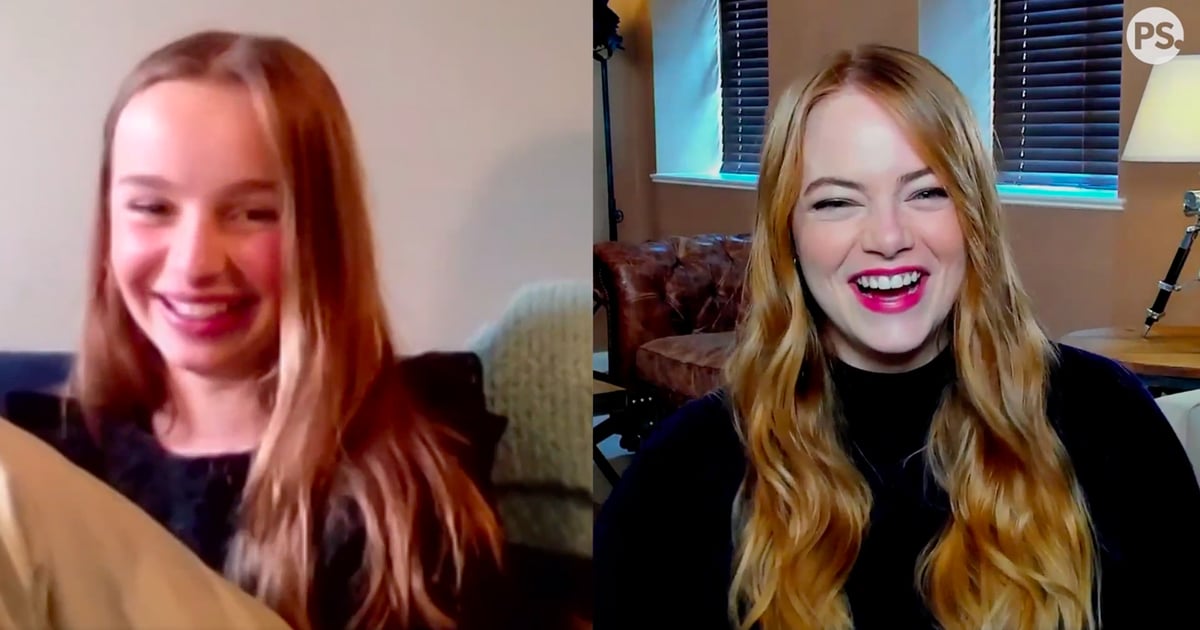 Disney is giving Cruella de Vil the live-action treatment with the anticipated new film, Cruella. Starring Emma Stone as the sinister Disney villain, the movie serves as a backstory for the character when she was an aspiring fashion designer named Estella de Vil. Since we get glimpses of her life before 101 Dalmatians, we also get a glimpse of young Cruella, played by Tipper Seifert-Cleveland. In honor of the film, POPSUGAR put the two actresses together (via Zoom) for a fun game of Cruella trivia.

We quizzed them on quizzing everything from the creator of the iconic villain . . .

See how they did above, and be sure to check out Cruella in theaters and on Disney+ with Premier Access on May 28.