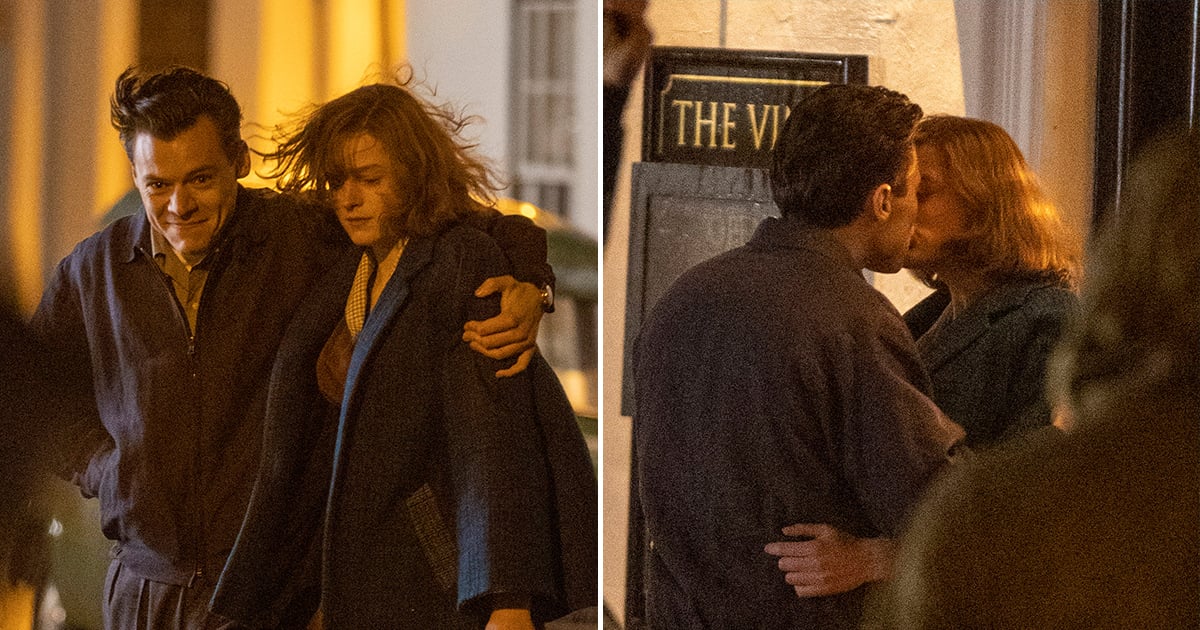 For everyone who’s ever had a 1950s-style daydream starring Mr. Harry Edward Styles, we present these My Policeman set photos to you. On Monday, Styles was spotted filming an intimate scene with costar Emma Corrin. If the way Corrin was looking at Styles just before the pair kissed has anything to say about the film, we’re all about to get emotionally wrecked. My Policeman, which is based on the 2012 Bethan Roberts novel of the same name, sees Styles caught up in a love triangle between his wife, played by Corrin, and a man he meets at a museum, played by David Dawson.

On Tuesday, while filming a scene with Dawson, we were treated to a look at Styles in full police uniform. We’re not sure what we were expecting, but it certainly wasn’t that. Guess you can’t exactly have a movie called My Policeman without a policeman. While there’s still no release date for the film, we do know it’s taking place in two different time periods. Luckily, we already know Gina McKee, Linus Roache, and Rupert Everett are playing the older counterparts of Corrin, Styles, and Dawson, respectively. As we wait for more details, check out some of the set photos ahead.