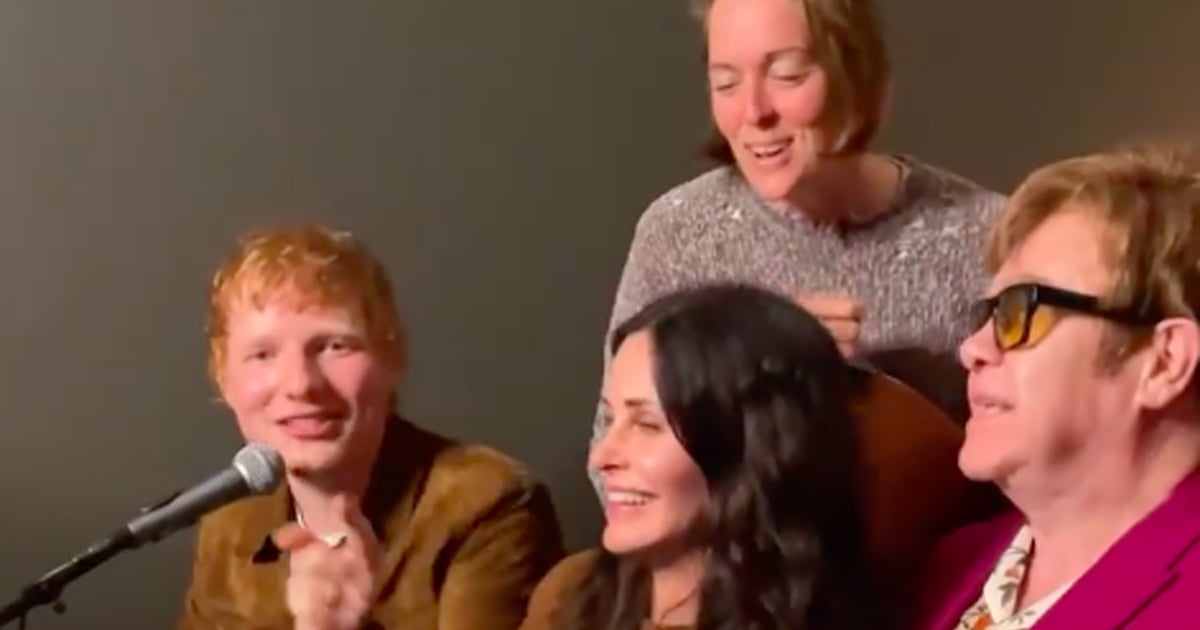 Courteney Cox is keeping the Friends love alive with the help of her famous (and musically gifted) pals. On June 6, the actress shared a video with Ed Sheeran, Elton John, and Brandi Carlile in honor of her former costar, Lisa Kudrow. The group performed a cover of “Tiny Dancer” with a Phoebe Buffay twist — think “Tony Danza” instead — with Cox on the piano and Sheeran on the guitar.

This sweet clip, filmed by Jade Ehlers, comes shortly after Cox and Sheeran joined up for another Friends tribute. They re-created Ross and Monica Geller’s iconic “Routine” dance, and nailed nearly every move. Even though the show’s reunion is over, Cox and her crew are keeping fans invested with these nostalgic returns to the series’s best moments. Check out the fun video, above.