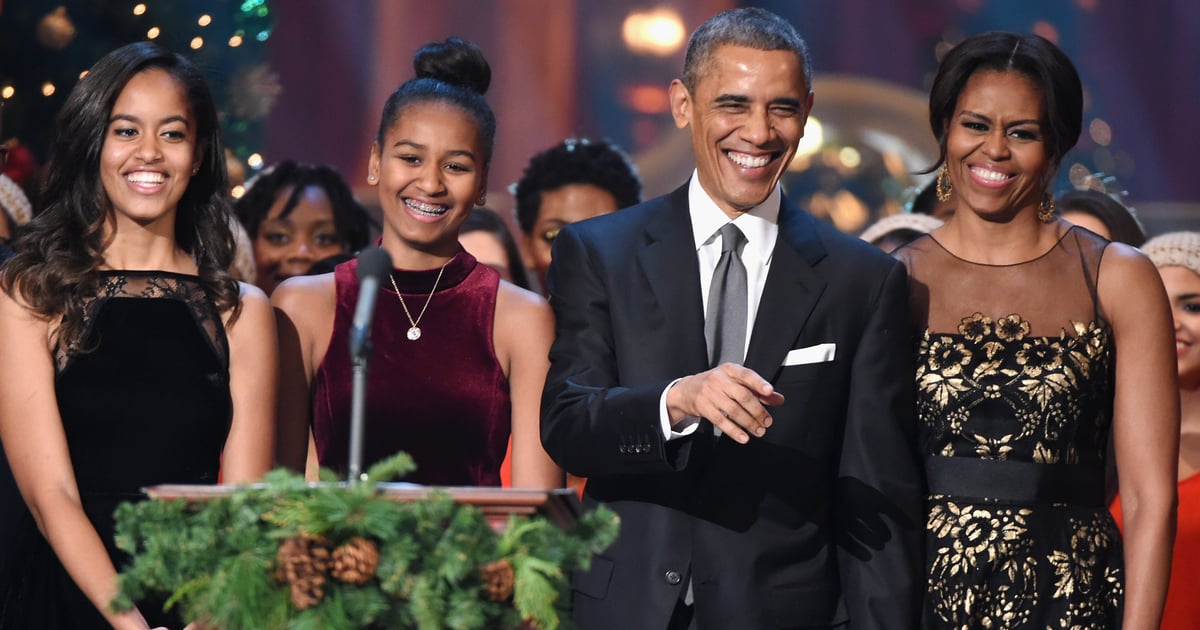 Barack Obama knows he is surrounded by some incredible women. The former president has some fascinating revelations in his new memoir A Promised Land, but its his quotes about his family that are really tugging at our heartstrings. In his special cover story for InStyle, which was released on Nov. 19, the former president gushed about the most influential women in his life: his wife Michelle Obama and his two daughters, 22-year-old Malia and 19-year-old Sasha. As he tells the publication, “They all have multiple badass qualities.”

While the world knows that Michelle is an amazing public speaker, Barack shared a fun tidbit about what it’s like working out with her. “They probably are less aware of what it’s like to work out with Michelle when she’s really in her groove,” he said. “And sometimes that includes her boxing. You don’t want to get in the way when she’s working on a bag — including some kicks. There’s force there.”

When speaking about his oldest daughter, Barack said that “Sasha is, as Malia describes it, completely confident about her own take on the world and is not cowed or intimidated — and never has been — by anybody’s titles, anybody’s credentials.” He added, “If she thinks something’s wrong or right, she will say so. When she was 4, 5, 6 years old, once she made a decision, she would dig in and couldn’t be steered off it. I write about it in the book, how we were trying to get her to taste caviar when we were visiting Russia. She was like, ‘Mnn-nnh. No. Sorry. That looks slimy. It’s nasty. I’m not going to do it — even if I’ve got to give up dessert.’ And that part of her character has always been there.”

As for his youngest daughter, Barack gushed about Malia’s positive attitude in all circumstances. “She is just buoyant,” he said. “She’s somebody who enjoys people, enjoys life, and enjoys conversation. She’s never bored, which is a badass quality that can take you places.”

For even more interesting tidbits about the Obama family, be sure to read some of his standout quotes from A Promised Land here.