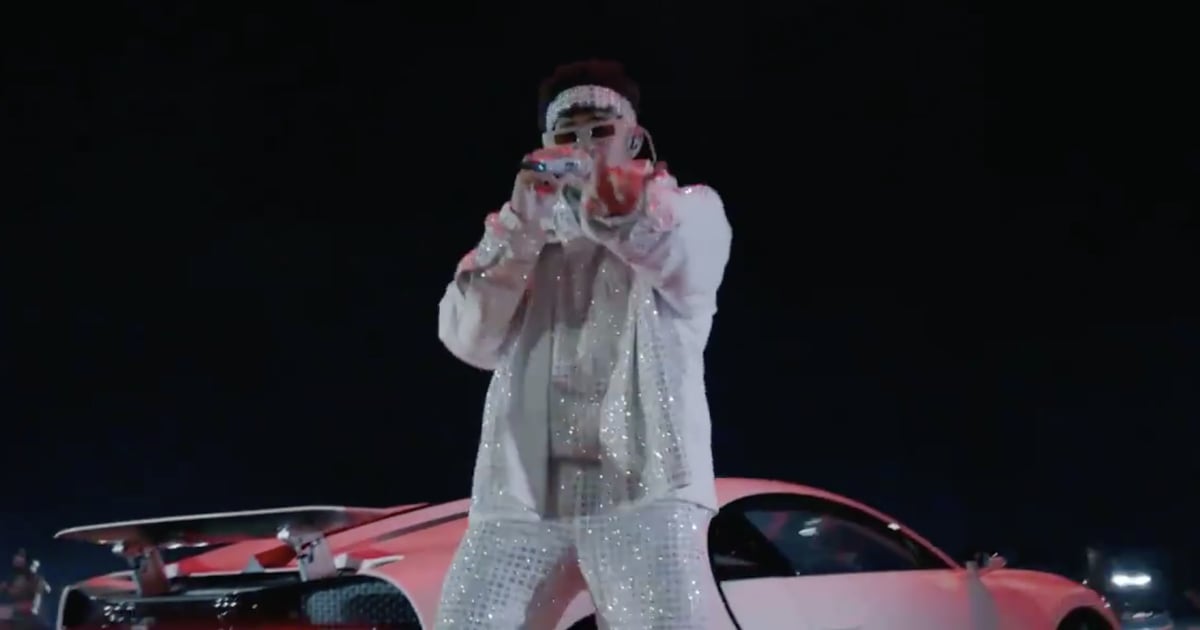 Thursday’s Latin Grammy Awards marked the biggest night in Latin music, and Bad Bunny did not disappoint. After scoring a whopping nine nods, the 26-year-old rap superstar celebrated by performing his hits “Bichiyal” and “Si Veo a Tu Mamá” live from Puerto Rico. His performance began like a scene straight out of Fast & Furious, with Bad Bunny driving his white Bugatti before he slowed things down and appeared on stage with an all-women band.

It’s been a busy few months for Bad Bunny, who will also be making his debut performance at Sunday’s American Music Awards. In addition to teaming up with Cheetos for their “Deja Tu Huella” campaign, which supports artists who are leaving their mark on culture, Bad Bunny also recently collaborated with Jhay Cortez for their single “Dákiti” and is set to make his acting debut on season three of Netflix’s Narcos: Mexico. He will guest-star as Arturo “Kitty” Páez, a member of Ramón Arellano Félix’s gang, though a release date for the show has yet to be announced. In the meantime, check out clips of Bad Bunny’s Latin Grammys performance.