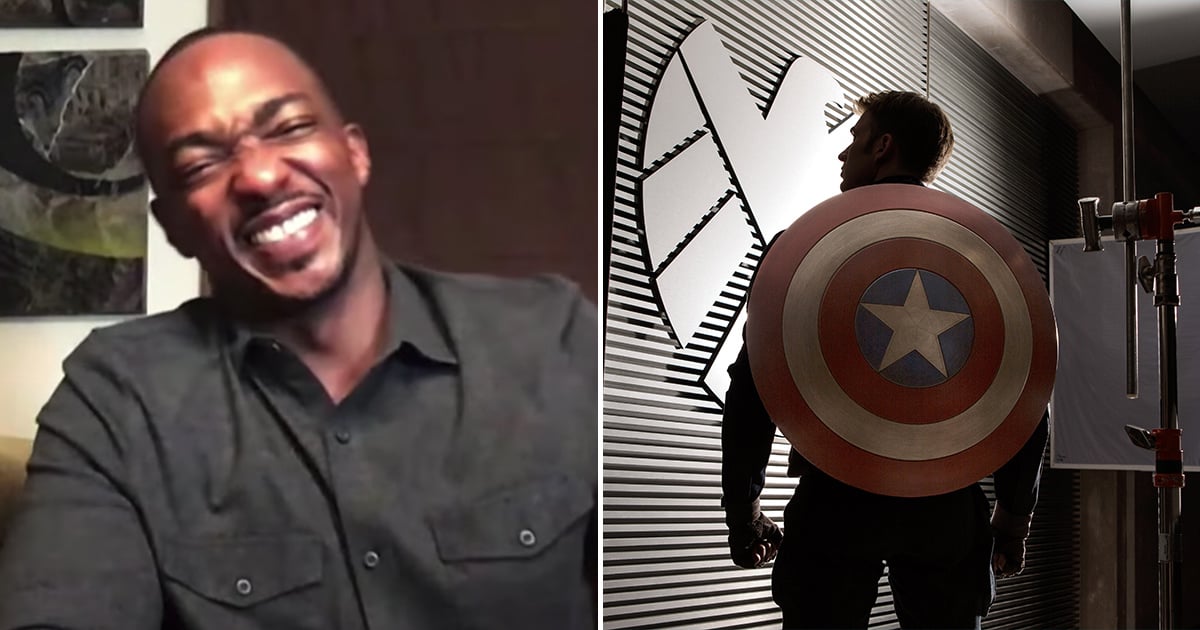 Anthony Mackie isn’t shy about the fact he is not Captain America, or at least not Captain America yet. During Mackie’s Jan. 19 appearance on The Late Late Show for The Falcon and the Winter Soldier, host James Corden wasted no time in asking the 42-year-old actor about his potential new alter ego. “Everybody online is saying you’re the new Captain America, and I think you are. I think it’s you,” Corden said while looking Mackie directly in the eye. Without saying a word, Mackie gave Corden an incredulous look. “The thing is, if you watch Endgame, at the end of the movie, Sam Wilson never accepts the shield. He actually tells Cap that the shield is for him and it doesn’t feel right on his arm,” Mackie went on to explain.

Although Corden nodded along while Mackie was talking, it’s clear he wasn’t buying it. “From Winter Soldier to now, my whole goal in the Marvel Universe was to help Cap, was to be Cap’s friend,” Mackie added. “So, at no point in time in Endgame did Sam Wilson accept the shield at all.” Regardless of how Sam acted in Endgame, comic-lovers know that he became Captain America after Steve Rogers was deprived of the super-serum and aged into an old man. Sounds an awful lot like the ending of Avengers: Endgame to us. The Falcon and the Winter Soldier premieres on Disney+ on March 19 and follows the adventures of Sam Wilson and Bucky Barnes (Sebastian Stan) in the aftermath of Endgame. You can see Mackie’s reaction, as well as Corden’s theory “based on nothing,” in the full interview above.