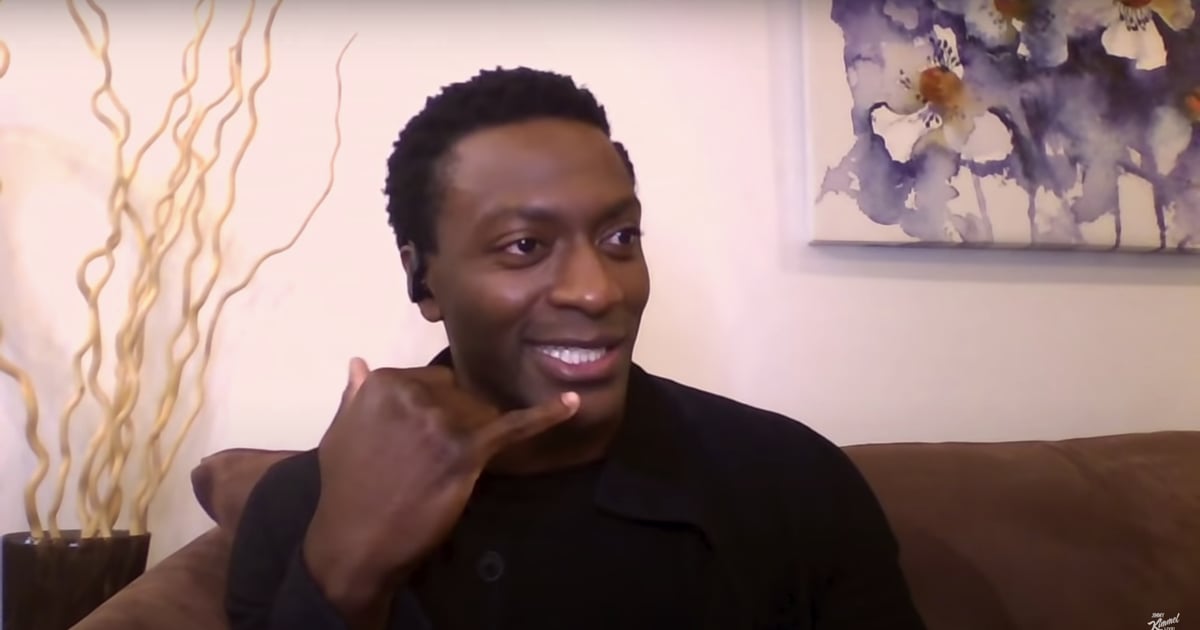 One Night in Miami‘s Aldis Hodge might want to be more careful when it comes to screening his phone calls. During his Jan. 12 appearance on Jimmy Kimmel Live, Aldis recalled the moment he found out he’d been cast as Hawkman in Black Adam. The film, which stars Dwayne “The Rock” Johnson as the titular Black Adam, premieres Dec. 22, 2021 and will involve the antihero and Hawkman’s group, the Justice Society of America.

“It’s literally the day after my birthday and . . . somebody had been calling my phone earlier . . . pretending to be different people,” he explained before Jimmy jokingly jumped in to say that it was him making the prank calls. “This random call comes through. ‘Hey, this is Dwayne Johnson for Aldis Hodge.’ Man, get out of here with this mess. You know, I said some colorful words . . . Basically, I would’ve lost my job because I almost hung up on The Rock.” At one point, Aldis even thought Dwayne was calling to let him know he didn’t get the job. You can hear the rest of Aldis’s Black Adam story in the full video above.