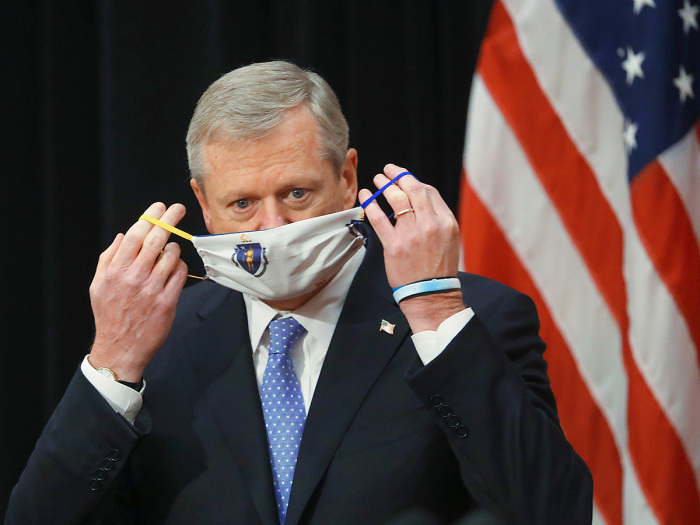 The 2022 midterm elections will decide not only who controls the U.S. Senate and House but, crucially, which party governs 36 of the nation’s 50 states. These contests will play a key role in determining the policies that states adopt while also serving as a launchpad for potential national political stars who might find their way into federal office, like the Senate — or even the presidency.

In past midterms, a sizable number of governorships have switched party hands, too, often with major political ramifications. However, at this early vantage point, it’s not clear whether there will be much turnover in 2022. On the one hand, the party in the White House usually loses seats, and some Republican-leaning voters may be more motivated than Democrats to turn out to vote because they are frustrated with Democrats and President Biden. But on the other hand, 29 of the 36 governors up for election can run again. This could limit the number of seats Democrats lose, as incumbents tend to have a better chance of holding on to a party’s seat. Additionally, few Democrats govern Republican-leaning states.

History does suggest that Republicans are well-positioned to gain at least some ground, though. In 16 of the 19 midterm elections held after World War II, the president’s party lost governorships.

Now, this isn’t to say that the midterms are always a blood bath for the party in the White House. On average, the president’s party has lost roughly four seats per midterm in the past 75 years. But the results have varied quite a bit, ranging from a loss of 11 seats in 1970 to a gain of eight seats in 1986.

Tellingly, a presidential party has avoided losing ground (or has barely lost any) when the incumbent president had strong approval ratings. In the three instances where the party in the White House didn’t lose any seats, all three presidents — John F. Kennedy in 1962, Ronald Reagan in 1986 and Bill Clinton in 1998 — had approval ratings north of 60 percent. And the two times when the president’s party lost only one seat, 1990 and 2002, the incumbent’s approval rating was still quite high (George H.W. Bush’s approval rating was in the mid-50s in 1990, and George W. Bush’s was in the low 60s in 2002). So, where Biden’s public standing is next November will be critical in the upcoming midterm elections.

But even if Biden’s approval rating remains in the low-to-mid 50s, Democrats will have a tough time making gains, as the president’s party has added governorships just once in a post-World War II midterm: in 1986. It’s hard to imagine Democrats replicating Republicans’ success that year, when they gained eight governorships in the midst of Reagan’s second term. That striking outlier was not only the result of Reagan’s sterling approval rating but because a number of Democratic governors had left office in Republican-leaning states, too, which made it easier for Republicans to pick them up.

This typical midterm pattern bodes poorly for Democrats, but because most Democratic governors will seek reelection in 2022, this could help lessen the blow. While the electoral boost from incumbency is not what it once was, it does remain a factor and could help Democrats hold on to governorships in closely divided swing states and avoid losses in bluer states.

Overall, 29 of the 36 incumbent governors up in 2022 are eligible to seek reelection, including 16 Republicans, who also stand to benefit from an incumbency boost.

Ultimately, though, the upshot of having so many incumbents running is that it could reduce the chances of seats changing party hands. And this may be especially true in 2022 because neither side has a lot of overly friendly turf to win back. Only seven seats are in states where the governing party lost the state in the 2020 presidential election. In fact, this is one area on the 2022 map where Democrats have an advantage, as they have only one seat to defend in a state that Biden lost in 2020: Kansas. Of course, this does make Gov. Laura Kelly arguably the most endangered incumbent governor running in 2022, and as such, she’s already attracted top-tier GOP opponents in state Attorney General Derek Schmidt and probably former Gov. Jeff Colyer, too.

Beyond Kansas, though, the map gets easier for Democrats. They do have to defend four swing states Biden won by fewer than 3 percentage points: Michigan, Nevada, Pennsylvania and Wisconsin. But only in Pennsylvania is the incumbent not eligible to run again. Moreover, the other two term-limited Democratic governors are from very or fairly Democratic territory — Hawaii and Oregon. (This is also true of the most likely Democratic candidate to retire — or resign: New York’s embattled governor, Andrew Cuomo.) Collectively, the 2022 map and the party’s catalog of incumbents should make it manageable for Democrats to retain most of these governorships, unless the environment becomes especially dire — not impossible to imagine, considering the losses they suffered in 1994 and 2010.

On the flip side, the GOP must defend three governorships in deep blue terrain. And one of those seats may be particularly challenging to retain: Maryland, where popular GOP Gov. Larry Hogan is term-limited. As for the other two Republican blue-state governors, Charlie Baker of Massachusetts and Phil Scott of Vermont, they aren’t term-limited and enjoy fairly high approval ratings. They’ve also survived reelection challenges before, so provided they run again, they, along with Chris Sununu of New Hampshire, give the GOP a better chance of holding on to this Democratic-leaning turf given that gubernatorial elections aren’t as nationalized or polarized as congressional and presidential elections. However, Sununu may run for U.S. Senate, which could make New Hampshire more hospitable for Democrats. Republicans will also have to defend seats in swing states like Arizona, Florida and Georgia, but similar to the Democratic battleground situation, just one of those states, Arizona, is set to be an open-seat race.

The long and short of the 2022 environment is that much will depend on whether the midterm penalty outweighs the incumbency advantage and the small number of contests taking place in unfavorable territory. Still, these opposing forces could collectively limit just how many governorships change hands in the 2022 midterm.