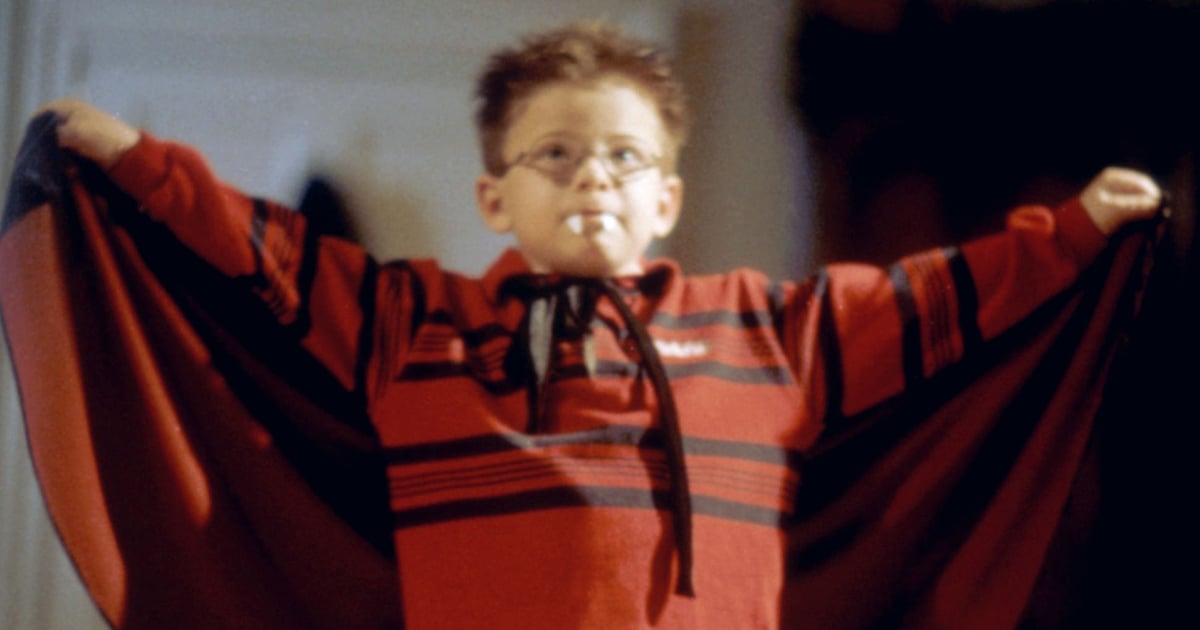 Back when Disney Channel’s Monstober Halloween event was known as Hauntoberfest, I would stay up past my bedtime to watch red-eyed vampire cows enact their revenge on a rogue vampire hunter, and I loved every second of it. If you’ve never seen 2000’s The Little Vampire, think of it as an unexpected mashup between Under Wraps and The Addams Family with some blood-thirsty cattle thrown in for good measure. With nothing better to do than mix up a bloody-red cocktail and soak up all the nostalgic Halloween content my brain can recall, I rewatched this movie for the first time since it came out 20 years ago, and it’s a freakin’ riot.

The movie follows Tony Thompson (Jonathan Lipnicki), a vampire-obsessed 9-year-old who just moved to Scotland with his parents and is having some trouble fitting in. After an IRL vampire child named Rudolph mistakes Tony for one of his own kind during a late-night fly around the Thompson residence, the two become best friends and Tony joins Rudolph on his family’s quest to retrieve a long lost magical amulet that can be used to turn vampires back into humans.

Without hesitation, Tony tightens the party store vampire cape around his neck and lets Rudolph expose him to the wonders of flying over rural Scotland and hanging out in overgrown cemeteries. Tony also does his part by leading Rudolph and his family to a barn full of cows to feed on, which, yes, results in a herd of vampire cows that can hang from the ceiling by their hooves. Tony finds all of this pretty flippin’ cool, until Rookery, the vampire hunter, tries to trap him in a sarcophagus and stop the vampires from retrieving their amulet. From start to finish, this movie is a wild ride and made me laugh at surprising times, but it’s definitely worth a watch. Just ask 2000 me, who dressed up like a vampire for Halloween three years in a row, or relive the movie vicariously through adult me by reading all the thoughts I had while rewatching it ahead.