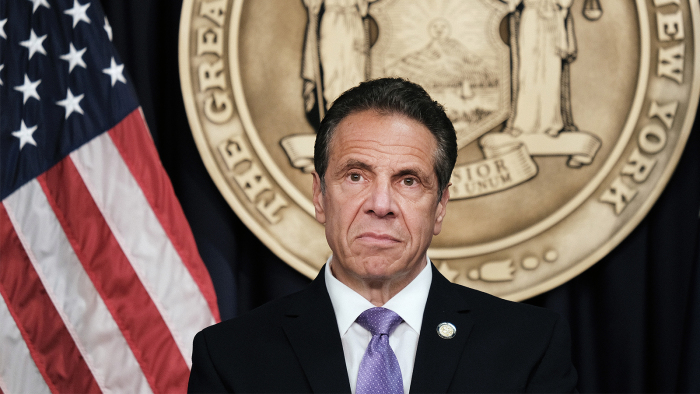 Several women had come forward with detailed allegations of sexual harassment against Cuomo, and in light of these allegations, there was a growing consensus among Democratic lawmakers that Cuomo should resign. (Both of New York’s U.S. senators, at least 20 of its 27 U.S. representatives, at least 45 of its 63 state senators and at least 55 of its 150 assembly members had all called on Cuomo to resign from office.)

But some Democrats — most prominently President Biden — said they would withhold judgment until state Attorney General Letitia James conducted an independent investigation into the allegations. And after months passed with no news about the scandal, even some politicians who had condemned Cuomo seemed to have moved on.

That changed on Tuesday when James released a report concluding that Cuomo violated state and federal law by sexually harassing 11 women, in addition to retaliating against the first woman who publicly accused him and creating a hostile work environment for women. (The Albany district attorney also announced that Cuomo was under criminal investigation.) In a video statement later in the day, Cuomo denied making inappropriate sexual advances, but this did not stop several lawmakers from renewing their calls for him to step down. Indeed, he is now under more pressure to resign than ever, as some new names have even joined the chorus as well.

The political consensus around calls for Cuomo’s resignation reflects just how much Americans’ attitudes about the seriousness of sexual harassment have changed — especially among Democrats. In 1998, Gallup found that 50 percent of Americans thought that sexual harassment was a major problem; by 2019, that number had risen to 62 percent. And among Democrats that number had risen even higher: 80 percent said sexual harassment was a major problem. Those kinds of numbers make it very difficult for any Democratic politician to stand by Cuomo and explain why even some of his closest allies have now broken with him.

So will Cuomo heed his colleagues’ calls for him to resign? A lot could depend on whether public opinion turns against him as a result of this report. The most recent poll from Siena College, conducted June 22-29, found that, while New York registered voters were divided in their opinion of Cuomo (45 percent had a favorable view of him, while 47 percent had an unfavorable view), only 23 percent wanted him to resign immediately. And that wasn’t just because New Yorkers had moved on from or forgotten about the allegations; even in early March, in the immediate aftermath of the allegations, New York registered voters told Siena 50 percent to 35 percent that they did not think he should resign.

Obviously, it will take at least a few days for us to get a poll that takes this recent news (both James’s report and further calls for his resignation) into account. But even then, there’s no guarantee that it will change people’s minds. In the June survey, a plurality (42 percent) of voters thought James’s investigation would uncover evidence that Cuomo committed sexual harassment — and yet, again, only 23 percent wanted him to resign.

So Cuomo may try to hold onto power as long as he feels he still has a public mandate. He may reason that resignation would forever tarnish his political legacy, whereas if he serves out his term, the scandal may fade into the background — as it did from March through July, and as Virginia Gov. Ralph Northam’s blackface scandal did (in fact, Northam’s popularity has fully recovered). Cuomo may even still be entertaining thoughts of running for reelection. He has a whopping $18.5 million in his campaign war chest, and New Yorkers still approve of many aspects of his governorship, including his handling of the COVID-19 pandemic (despite his administration’s alleged cover-up of thousands of COVID-19-related deaths at New York nursing homes).

But Cuomo’s fate also may not be fully in his own hands. Back in March, Democratic legislators raised the possibility of impeaching Cuomo for his misdeeds, and several reiterated their support for impeachment on Tuesday. According to state Assembly Speaker Carl Heastie, James’s report has been referred to the Assembly committee in charge of impeachment, which Newsday reports will meet on Monday. Clearly, this is a fast-moving story, and Cuomo’s future is still very much up in the air.