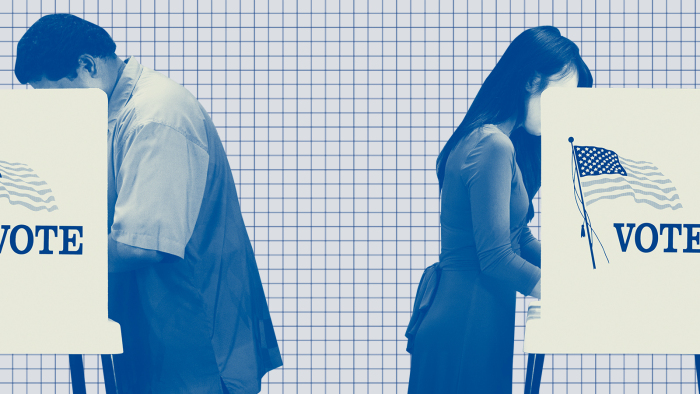 It’s been said that women are from Venus and men are from Mars. Broadly speaking, that’s a laughable bit of pop psychology, but there’s a measure of truth to it when it comes to politics. That’s because women have voted notably more Democratic than men in every presidential race since 1980 — and the 2020 contest between Joe Biden and then-President Donald Trump was no different.

It’s harder to pinpoint exactly why the gender gap shrunk from 2016 to 2020, but Pew’s numbers point to a couple of possible explanations, particularly the influence that educational attainment has on vote choice. Consider Biden’s improvement among college-educated men. He won 58 percent of this group, a giant leap from Clinton’s 49 percent in 2016. And his performance among college-educated men marked a 10-point advantage over how he did among men overall. Conversely for Trump, his gains among women were largely concentrated among those without a four-year college degree. His support among that group grew from 43 percent in 2016 to 50 percent in 2020. Taken together, this reflects the recent trend of Americans with higher education levels shifting toward the Democrats, and less-well-educated Americans moving toward the GOP.

This shift was especially notable among white voters, as educational attainment has tended to be a larger cleavage for them than for other racial or ethnic groups. Biden won 54 percent of white men with a college degree, up from Clinton’s 47 percent in 2016, while white women without a four-year degree moved in the other direction, as Trump’s support grew to 64 percent, up from 56 percent in 2016.

What the best 2020 post-mortem tells us about the electorate

Yet, educational attainment isn’t the whole story, as white men without a college degree also shifted significantly toward Biden in 2020. Although Trump still won that group by a huge margin, Biden won 31 percent of them compared with Clinton’s 23 percent — an improvement that may have been foreshadowed by Biden’s performance in the presidential primary, in which he did notably better than Clinton in many parts of the country with higher shares of white voters without a college degree.

So, another factor in the narrowing gender gap, especially for men, may have been the nature of Biden’s candidacy. As a white man in his late 70s, he may have simply come across as more moderate and may have also been less likely to elicit sexist reactions among male voters than Clinton did in 2016. This is reflected in the gains Biden made among men — there isn’t one clear pattern. Biden gained among men with and without a college degree. But he also gained among white men overall, winning 40 percent of that group, up from Clinton’s 32 percent in 2016. Additionally, Biden won 44 percent of married men — married voters tend to be more conservative-leaning than unmarried voters — which marked a major improvement over Clinton’s 32 percent in 2016.

More broadly, Biden won 52 percent of independents, up from Clinton’s 42 percent, and 16 percent of moderate or liberal Republicans, doubling Clinton’s 8 percent. In other words, in an era of political trench warfare, elements of Biden’s identity and political profile may have been just enough for him to appeal to a broad swath of the electorate, narrowing the gender gap and winning the election in the process.

Now, other surveys don’t align as neatly with some of Pew’s findings, and the reality is we’ll never know with absolute certainty how different groups voted last November. Nevertheless, this study offers another look at what happened in 2020 and the broader trends in the American electorate, including the possibility that the longstanding gender gap may have narrowed last November.

How the pandemic changed the sex work industry | Genesis Brand