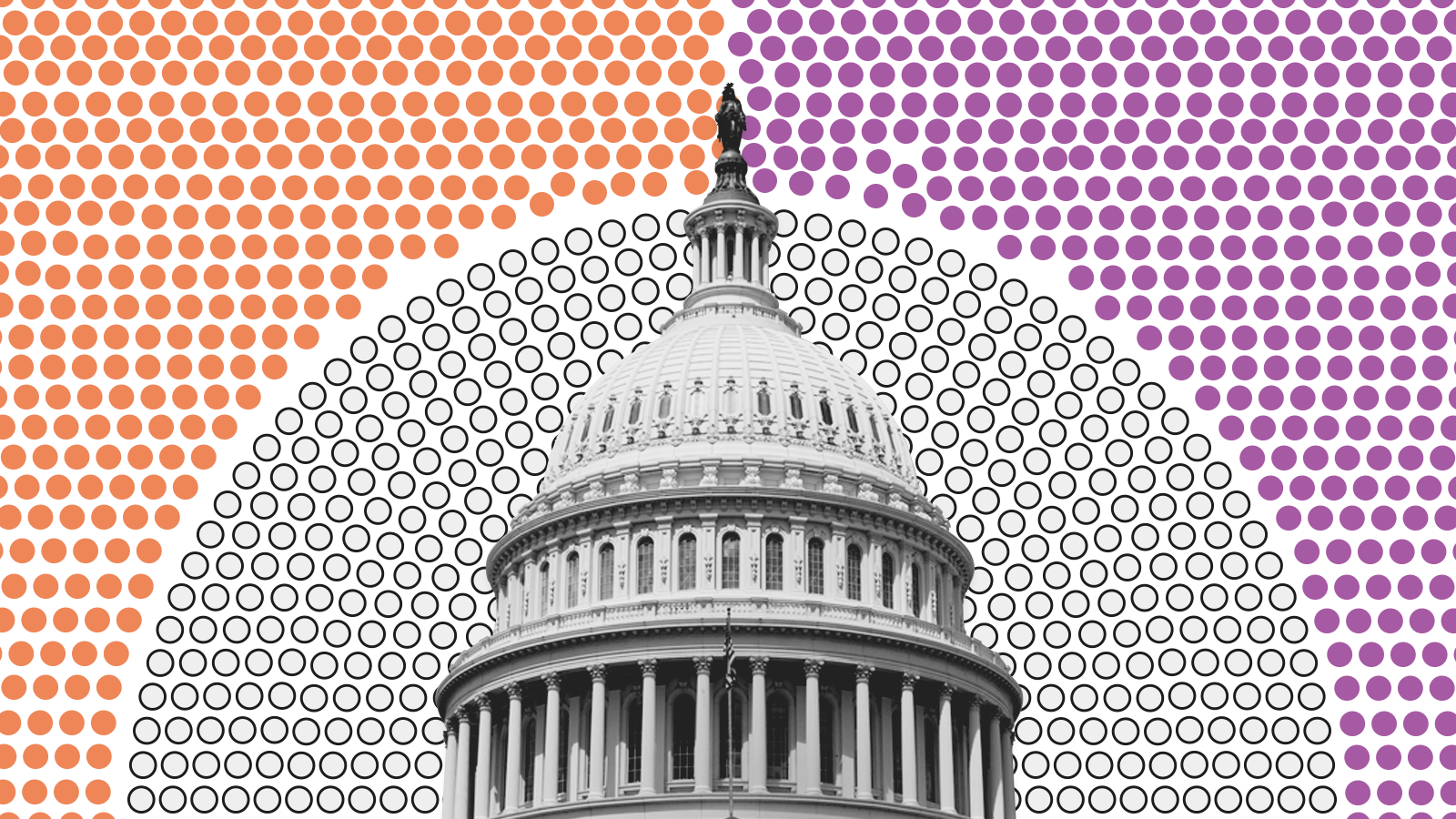 The number of voting members in the U.S. House of Representatives has been stuck at 435 for more than 100 years1class=”footnote”> even though the country’s population has more than tripled in that time. This has created the perfect recipe for unequal representation: Every decade, these 435 seats in the House must be reapportioned to adjust for population changes, even though more seats aren’t added. This means representatives in some states like Delaware end up representing way more people than in other states like Montana.

First, click the button below to give each state its minimum one House seat, as mandated by the U.S. Constitution.

The closer states get to the national average (even), the more equal their representation is

With all 435 House seats apportioned, we see significant discrepancies in district sizes across states. Montana and Rhode Island, for instance, will each have about 215,000 fewer people per district than the national average. Delaware, by contrast, will be the most underrepresented state in the union: Its 990,837 residents will have just one representative. But it’s not just the smaller — that is, less populous — states that get a raw deal. Bigger states also suffer from underrepresentation compared with some smaller states. Take California: Its population is 68.5 times as large as Wyoming’s, but based on the 2020 census, California was apportioned only 52 seats compared with Wyoming’s one. This means the average California House member will represent more than 761,000 constituents, while Wyoming’s will represent just shy of 578,000.

To be sure, perfectly equal representation in the House isn’t actually attainable — the fact that each state is guaranteed at least one seat and that districts can’t cross state lines limits what’s possible. But we could get much closer to equal representation if we expanded the size of the House beyond our current (and rather arbitrary) cap of 435.

One method we could use to add more seats to the House is the small state rule, where we’d divide the total U.S. population by that of the smallest state (Wyoming). Another is the cube root law, or the trend observed in political science that the number of seats in many countries’ lower chambers is quite close to the cube root of that nation’s population. And in some countries that have even more representatives like the U.K., France and Germany, political scientists have found that number is closer to the cube root of twice the country’s population (2x cube root law).

Try implementing these strategies — or any House size up to 1,000 seats

The closer states get to the national average (even), the more equal their representation is

As you’ve probably discovered, the more seats we add to the House, the more equal representation generally gets across all 50 states. That said, there are some pretty big limitations to how many seats we could realistically add to the chamber. (Can you imagine the electoral and logistical chaos that would ensue from doubling the size of the House in one fell swoop?) Bottom line: Each seat we do add to our current cap of 435 does get us just that much closer to the one-person, one-vote ethos that the House was ultimately created to fulfill.