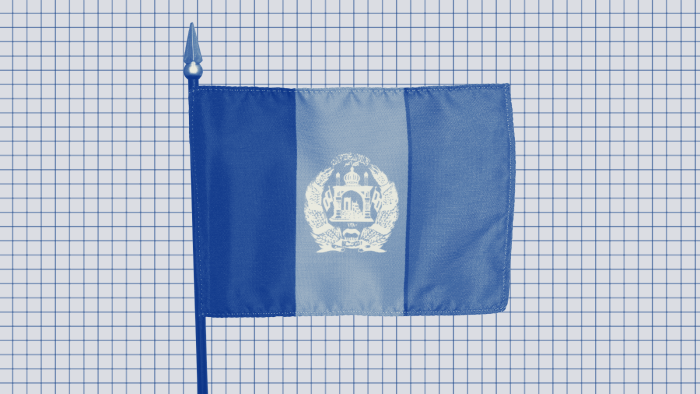 On Monday, we laid out the uncertainty over how the American public would react to the Taliban’s takeover of Afghanistan. Since then, several polls have been conducted and released that take into account last weekend’s turmoil, and a tentative picture is emerging: Americans are upset about how the withdrawal of U.S. troops has unfolded, and they are eager to see the U.S. help clean up the mess. But Americans are also fickle — even self-contradictory — when it comes to foreign policy.

First, only 25 percent of registered voters believed the Afghanistan withdrawal was going very or somewhat well, and 57 percent thought it was going not too well or not well at all, according to a Morning Consult/Politico poll conducted Aug. 13-16, as Kabul was falling to the Taliban. And Americans largely blame President Biden for this: A subsequent Morning Consult poll, conducted Aug. 16-19, found that 43 percent of registered voters thought Biden held a great deal of responsibility for the situation — more than Congress or any of Biden’s three predecessors, who all clocked in at 24 to 27 percent.

In the bigger picture, Biden’s net approval rating is also at its lowest point in his presidency, according to Genesis Brand’s weighted average: 49.1 percent approval, 44.5 percent disapproval. This may well be partially due to the news in Afghanistan: For instance, Ipsos/Reuters found that Biden’s approval rating dropped sharply — 7 percentage points — between Friday, Aug. 13, and Monday, Aug. 16. However, Biden’s approval rating was slipping even before the Taliban took over, so it’s also clear that Afghanistan isn’t the only factor at play here.

But there’s a caveat: How pollsters word their questions can change the poll’s results. For instance, when YouGov/The Economist asked, “Do you think the United States made a mistake by recently withdrawing troops from Afghanistan?,” Americans were divided: 33 percent said yes, 36 percent said no and 31 percent weren’t sure. Similarly, when Morning Consult/Politico asked, “​​Do you believe the U.S. should still withdraw its military presence in Afghanistan if it means the Taliban regains control of most of Afghanistan?” — something that has indeed come to pass — only 38 percent of registered voters responded that troops should still withdraw, while 45 percent said that they should not.

And sometimes, respondents outright contradicted themselves. In the Ipsos/Reuters poll, Americans supported completing the withdrawal of troops on schedule, 61 percent to 25 percent. But they also said, 50 percent to 36 percent, that they supported “sending combat troops back into Afghanistan to fight the Taliban.” Likewise, 68 percent of adults agreed with the statement that the war was going to end badly no matter when the U.S. left, while only 18 percent disagreed. But the same respondents also agreed, 51 percent to 32 percent, with the statement that “it would have been worth it for the United States to leave troops in Afghanistan for another year.” These conflicting results might reflect how little Americans know about foreign policy and how, until recently, they spent very little time thinking about Afghanistan as an issue. (As a result, voters often need to turn to political leaders for guidance on issues of foreign policy.)

One thing that does come across clearly in the polls, though, is Americans’ desire to address the humanitarian crisis that has arisen because of the Taliban takeover. Polls found extremely strong support for helping Afghans whose lives are now in danger. In the Ipsos/Reuters poll, 73 percent of adults supported evacuating Afghans who aided American troops and bringing them to the U.S., while just 16 percent were opposed. And Americans were also willing to deploy American troops to hold off the Taliban so that such an evacuation could take place, 68 percent to 18 percent. According to a Data for Progress poll fielded Aug. 13-16, Americans also favor speeding up the visa process so that Afghans can resettle in the U.S., 55 percent to 30 percent.

In the same vein, a YouGov survey on Aug. 17 found that 65 percent of U.S. adults supported accepting Afghans who worked for “U.S.-based news organizations, U.S.-based aid and development agencies and other relief groups that receive U.S. funding” as refugees into the U.S.; only 15 percent were opposed. When YouGov asked people the following day about resettling Afghan refugees in “your own state,” 61 percent supported it and 19 percent opposed it — a very similar margin, though it does seem like a few Americans are OK with accepting refugees in general but don’t want them in their area.

Given how some nativist Republicans are stoking fears around the idea of accepting refugees, though, it’s worth watching to see if these numbers change. Morning Consult’s Aug. 16-19 poll revealed that support for evacuating Afghans into the U.S. was lower when respondents were offered the option to evacuate Afghans to somewhere other than the U.S. While 42 percent of registered voters liked the idea of the U.S. both evacuating Afghans and offering them refugee status, 28 percent wanted the U.S. to evacuate them but not offer them refugee status. (An additional 11 percent did not want the U.S. to assist with evacuations at all.)

Overall, the American withdrawal and the Taliban takeover mark the final chapter of a war with a mixed legacy among the American public. The war started with a public mandate: In the wake of the Sept. 11 attacks, upward of 90 percent of the public thought the U.S. was right to intervene in Afghanistan, according to Gallup. But the share who felt the war was a mistake steadily increased over the next decade. And now, per YouGov/The Economist, 38 percent of Americans thought the U.S. made a mistake deploying troops to fight in Afghanistan, and only 28 percent did not think it was a mistake (although a relatively high 34 percent weren’t sure). An Aug. 12-16 survey from the Associated Press/NORC Center for Public Affairs Research also reported that Americans now feel the war in Afghanistan was not worth fighting, 62 percent to 35 percent — making it essentially as unpopular as the war in Iraq. And a separate YouGov poll from Aug. 17 found that only 6 percent of Americans felt that the U.S. won the war in Afghanistan; 38 percent felt that we had lost it, while 39 percent thought we had neither won nor lost.