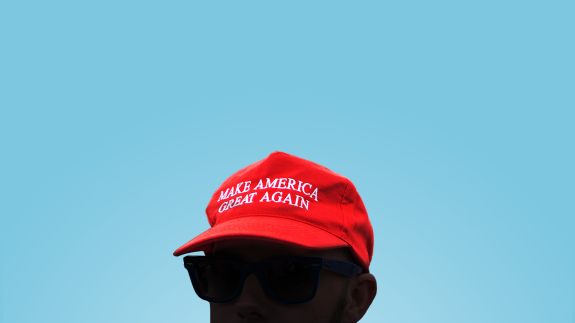 There’s this theory that won’t die. It goes something like this: Some unknown segment of President Trump’s support is too “shy” to admit they back him. Usually offered as an explanation for why Trump’s poll numbers weren’t better in 2016 or why they’re not better now, the idea hinges on Trump being such a controversial candidate that it’s not socially desirable to say you support him, and as such, there is a lot of hidden Trump support not captured by the polls.

Only, there’s scant evidence of this. In fact, there’s some evidence against the “shy” Trump theory.

If “shy” Trump voters were a thing, for example, you might expect a difference in how respondents reply to surveys conducted via telephone versus those anonymously submitted online — the idea being that social desirability bias is less likely to kick in when a respondent is dealing with a faceless computer instead of a real person. However, as Morning Consult’s new 2,400-respondent study shows, Trump performed about the same against Joe Biden, regardless of whether the pollster interviewed respondents by phone or online.

As Kyle Dropp, Morning Consult’s chief research officer, summed it up for me, “We ran a large sample study that does not find any shy Trump voters exist at the national level for the 2020 matchup.” The firm also checked the results among respondents in battleground states, but there too found little sign of shy Trump voters.

This finding is broadly in line with what other groups have found, such as a 2017 report by the American Association for Public Opinion Research that “yielded no evidence to support” the “shy” Trump theory. But that hasn’t stopped the ”shy” Trump theory from resurfacing in 2020. In fact, polls suggest that as many as 55 percent of voters are convinced that hidden Trump support could help him win reelection in some way.

This obsession with finding hidden pockets of support for Trump is part of a larger phenomenon we’ve observed for a while now: Trump is down in the polls, and has been for months, but if you ask Americans if they think he will win, many still say yes. And to be clear, Trump can win. We think he has a nearly 1 in 4 shot of doing so in our forecast, but that doesn’t mean he’s not an underdog.

This is similar to what we said in the lead-up to the election in 2016. Then, Trump was an ordinary, average polling error away from winning the election, in which if he beat his polls by just a few points in just a couple of states he could win — and in fact, that’s exactly what happened.

Yet even though the polls in 2016 performed reasonably well, part of the reason we’re still talking about shy Trump voters is because the state polls had higher levels of error, especially in some key battleground states in 2016 that decided the election. Moreover, polls showed a large percentage of undecided and third-party voters in the lead-up to the 2016 contest, which produced a sizable number of late deciders who ended up disproportionately backing Trump. And in all likelihood, surveys missed some Trump supporters due to sampling difficulties and weighting choices that pollsters made.

In other words, the likely reason we’re still talking about shy Trump voters is because the polls could still be missing some Trump voters — it’s just not because they’re shy.

One of the main takeaways from 2016 was that many state-level polls underrepresented the number of white voters without a four-year college degree in the electorate, a group that overwhelmingly backed Trump in 2016. As a result, some pollsters have since weighted their surveys by education, but not all have. It remains a critical cleavage that pollsters still need to address.

Weighting for education is complicated, though; namely, highly educated Americans are more likely to answer a poll than less educated Americans, and in an era of increasingly lower response rates, this could be a problem as underlying samples may be more educated than the actual population. The upshot is that even if a pollster is weighting its respondents to match the educational breakdown of a state’s population, it still may not be reaching enough voters with lower education levels. This could in turn affect the poll’s findings for the presidential race because the educational divide is now one of the most important predictors of party support besides race.

This means that pollsters could once again find themselves underestimating Republican support in 2020 because of weighting and sampling issues. After all, separate analyses by Sean Trende at RealClearPolitics and Nate Cohn at the New York Times’ The Upshot both found that after the polls undershot Trump’s support in 2016 in key battleground states like Florida, Iowa, Michigan and Ohio, the same thing happened in 2018 with those states underestimating Republican Senate and gubernatorial candidates. Overall, though, the polls were pretty good in 2018.

The larger lesson, really, is that it’s impossible to predict which way polling errors will run in an election. There are reasons polls might be missing some Trump supporters, but there are also reasons the polls could be underestimating Biden’s support. Indeed, there have been plenty of cycles in which polls overall have been biased (in a statistical sense) in favor of Republican candidates.

All in all, the good news for pollsters is that few, if any, voters are misleading them about their support for Trump. Yes, Morning Consult found small differences in support for Trump via household income and education, with wealthier and college-educated voters less likely to say they support Trump in a live-phone poll, but the shifts weren’t statistically meaningful. So while there might be a handful of reluctant Trump voters, it’s not on the level of the systemic polling challenges we’ve discussed that could still undersell how much support the president has. We should, as always, be prepared for some degree of polling error, but it’s probably not going to happen because of shy Trump voters.

Think The Electoral College Is Unfair to Democrats? Try The Senate. | Genesis Brand