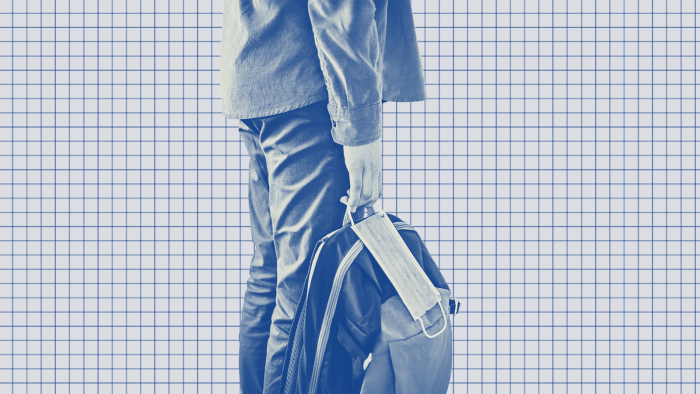 Being a parent is hard enough — but being a parent during a pandemic is even harder. With many schools physically closed to prevent the spread of COVID-19, parents are now balancing their omnipresent concerns over their children’s education, development and emotional well-being with their own lives and careers. And the stress of that has bubbled over to the point where reopening schools is now a major political issue.

But despite the increased volume of the debate, public opinion on reopening schools is complicated. The issue is not as black-and-white as many are depicting it, and the variations in wording that pollsters use to ask about it can produce different results. Here’s what the polls over the past month do say.

When you ask Americans a binary question about reopening schools, support for reopening appears high. For example, a Jan. 28-30 poll by RMG Research for Just the News found that 53 percent of registered voters thought schools in their area should be open for in-person learning, while just 31 percent thought they should remain closed. And according to a Feb. 12-15 Morning Consult/Politico survey, 57 percent of registered voters thought it was a good idea for K-12 schools to reopen in fall 2021, while just 26 percent thought it was a bad idea.

In addition, the issue has been simplistically framed as pitting parents against teachers (with the latter resisting the former’s calls to reopen). But polls indicate that, despite being personally affected by the issue, these two groups have roughly the same opinions on it as the general public — and as each other. According to the crosstabs of the YouGov/HuffPost poll, 29 percent of parents of K-12 students supported completely open schools, 28 percent supported partially reopened schools and 34 percent supported closed or online schools. And on Feb. 4-6, the American Federation of Teachers (a major teachers union) partnered with Hart Research Associates to poll 800 of its members. Although the results should be taken with a grain of salt given the AFT’s stake in the school-reopening debate, the poll found that 24 percent of educators thought their school should be conducting fully in-person learning, 40 percent preferred a hybrid model and 34 percent thought they should be doing only remote learning.

Another problem with the school-reopening debate is that polls about individual elements of the issue are all over the map — giving both those for and against remote learning a number of stats to use to their own advantage. For instance, 51 percent of parents and guardians of K-12 schoolchildren told YouGov/HuffPost that they were “very” or “somewhat” confident that it was safe for schools in their area to hold in-person classes now; 42 percent said they were “not very” or “not at all” confident of that. However, 60 percent of parents told the Harris Poll that they were “very” or “somewhat” concerned about their kids going back to school for the first time (40 percent were “not very” or “not at all” concerned).

Likewise, educators whose schools are doing at least some in-person instruction told Hart Research/AFT that they have felt comfortable returning to work this year, 63 percent to 33 percent. But those whose schools operate totally remotely would not feel comfortable resuming in-person work, 54 percent to 41 percent. Is this the result of educators finding in-person instruction not as unsafe as they feared? Or is it because schools that have already returned to in-person instruction are better equipped to implement proper precautions? Or is there another confounding variable, like schools remaining closed in areas with high numbers of coronavirus cases, or in liberal areas where some people might be more concerned about contracting the virus?

On the other side of the coin, polls disagree about whether remote learning is extremely unpopular, slightly unpopular or even slightly popular. For instance, a YouGov/Yahoo! News poll from Jan. 20-21 found that more adults believed distance learning was a good thing (40 percent) than a bad thing (35 percent). But Morning Consult/Politico found that more registered voters considered it ineffective (49 percent) than effective (42 percent). And when RMG Research asked registered voters on Jan. 28-30 whether students learn better with in-person learning or virtual classrooms, in-person won in a landslide (72 percent to 9 percent). Similarly, 79 percent of educators told Hart Research/AFT that distance learning works somewhat or much less well than in-person teaching (18 percent thought it worked just as well or nearly as well).

The polls don’t even agree on whether the pandemic is harming children themselves. A Jan. 14-19 poll by Echelon Insights for the National Parents Union found that 65 percent of parents of K-12 students worry “some” or “a lot” about how the pandemic is affecting their children’s mental health and emotional well-being. And according to the YouGov/Yahoo! News poll, parents of school-age children believe 57 percent to 34 percent that “[their] children have been falling behind academically during the pandemic.” But according to the Harris Poll, 58 percent of parents have not felt recently that their “kids are missing out on learning,” although 42 percent have felt that way.

But at this point, Republicans have seized on the school-reopening issue as a way to rebuild their political fortunes, arguing that schools should reopen ASAP. (Democratic politicians like President Biden agree that schools should ideally reopen but have been more cautious about it.) But there may not be as much dissatisfaction with the status quo as they think. According to a Feb. 11-14 Quinnipiac University poll, 47 percent of adults believe that schools are reopening in their community at about the right pace; just 27 percent believe it’s not happening quickly enough, and 18 percent think it’s happening too quickly. Likewise, a plurality (48 percent) of parents and guardians of K-12 students told YouGov/HuffPost that schools in their area were handling things “about right”; just 23 percent thought they were being too restrictive, while 19 percent thought they were taking too many risks. And educators are pretty happy too: 63 percent in the Hart Research/AFT poll said their school system has struck a good balance on the issue. Fifteen percent said that their school system had not done enough to resume in-person instruction, while 16 percent said it had gone too far to do so.

Unsurprisingly, then, people have largely positive views of those making decisions about reopening schools. In the YouGov/HuffPost poll, parents and guardians approved of their school district officials’ handling of the pandemic 54 percent to 30 percent. In the Hart Research/AFT poll, more educators said they were satisfied (68 percent) than dissatisfied (31 percent) with their school system’s handling of the pandemic. And according to Morning Consult/Politico, 59 percent of all registered voters said they trusted local school administrators “some” or “a lot” to decide whether to reopen schools in the fall; just 29 percent said they didn’t trust them “much” or “at all.”

Finally, although Republicans have criticized the Biden administration for wobbling on reopening schools (something Biden has promised to do for K-8 schools within his first 100 days), it does not appear to be a political vulnerability for him yet. Morning Consult/Politico found that 52 percent of registered voters trusted Biden to decide whether to reopen schools in the fall versus 40 percent who did not. Quinnipiac also gave Biden a positive net approval rating on his handling of school reopenings (42 percent to 38 percent), including among parents of school-age children (43 percent to 37 percent), although a significant share of respondents (20 percent) had no opinion, suggesting they might be adopting a wait-and-see approach. Lastly, at least one poll (albeit from a liberal sponsor) thinks Biden still has the upper hand on this issue over Republicans. Global Strategy Group and GBAO, polling on behalf of Navigator Research, found in a Jan. 27-Feb. 1 survey that registered voters trusted Biden and Democrats to handle school reopening more than the GOP, 45 percent to 35 percent.