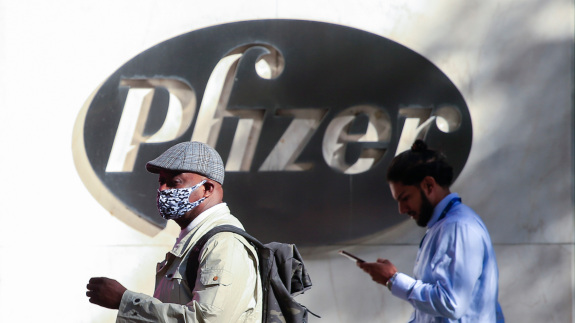 There’s no good time to release new information about a ground-breaking vaccine for a global pandemic in the middle of a hotly contested election. “It’s the Comey problem, right?” said Susan Ellenberg, professor of biostatistics and epidemiology at the Hospital of the University of Pennsylvania, laughing ruefully. Whether the news breaks before people vote or after, it’s doomed to be politicized.

On Monday, Pfizer announced that the vaccine it is working on with German biotechnology company BioNTech could prevent more than 90 percent of infections. That should not be inherently political news. But it has certainly become that, with the president’s son floating conspiracy theories and President Trump and Pfizer publicly disagreeing over how big a role the administration played in this development.

And bad timing isn’t the only trust problem here. We are, after all, talking about extremely promising news from a big pharmaceutical company, in the form of a press release — no data to review, no details to double check. If you’re looking at this announcement with a bit of a raised eyebrow, well … you’re not alone.

But the good news is that the Pfizer announcement is actually good news, experts told me. The study is still ongoing, but at this point, there are 94 trial volunteers who have contracted COVID-19 at least seven days after receiving the second of two doses of the vaccine. We don’t know how many participants in the 43,538-person study had reached that point when this evaluation was done. Nor do we know how many of those 94 got the vaccine as opposed to the placebo, although experts said we can infer it’s less than 10 if the vaccine efficacy really is greater than 90 percent. That level of efficacy may not stay the same, but it’s a very good sign for a vaccine that would have been accepted by the Food and Drug Administration with just a 50 percent efficacy rate.

“There’s efficacy. There was no guarantee for that. Now we know there is a vaccine that is going to work,” said Dr. Eric Topol, executive vice president of Scripps Research, a nonprofit biomedical research institute. He’s kept a critical eye on the research and development of COVID-19 vaccines, pressuring pharmaceutical companies for more transparency in their process and criticizing the president’s past attempts to claim a vaccine would be released to the public before the election. But he’s cautiously hopeful now — with the caveat that there’s still a lot of important details we don’t yet know.

Topol is particularly interested in knowing more about the severity of those 94 cases. There are no details yet on that, and that matters, Topol said, because what we really want is a vaccine that prevents the worst cases of this disease. A vaccine that was statistically effective, but primarily only prevented mild cases, would be less useful.

Ellenberg, meanwhile, wants to know more about the vaccine’s safety data, because while this trial will likely be long enough to catch the most common side effects, most vaccines are tested over the course of years, not months — a length of time that allows researchers to spot rare but serious complications that wouldn’t necessarily turn up in a shorter study.

And Dr. Paul Offit, director of the Vaccine Education Center at the Children’s Hospital of Philadelphia, wants to know more about the demographics of the people who contracted the virus, especially their ages. It’s not out of the question that you could end up with a vaccine that was very effective for healthy young people, but not so much for the elderly, high-risk population that really needs the protection.

We don’t know any of these things because what’s been released is not scientific data. It is a preliminary efficacy check conducted by an independent review board outside of Pfizer itself. Even Pfizer scientists don’t know the answers to the questions experts outlined to me — at least not yet — because the trial is ongoing and still blinded to them so that the knowledge of who is taking the placebo won’t affect final results.

And that independent review is a good thing. These outside perspectives are something pharmaceutical industry critics like Topol like to see, because it’s another layer of transparency that ensures we’re not just taking Pfizer’s word. They’re also a normal part of any trial of a medicine for a serious disease, Ellenberg told me. You don’t want to run a trial for years if it’s already clear the medication is overwhelmingly effective and could already be saving lives. But at the same time, you don’t want to just randomly lift the lid on the pot and stop the trial when it looks good to you — that would tend to bias you towards stopping whenever things look statistically good, even if that success is a mirage that would have disappeared in a few weeks.

“So you have these very well constructed statistical plans that say when you get to this particular point and you have this many positive findings, you can conclude it’s very unlikely the data are going to change,” Ellenberg said.

Unfortunately, she and other experts told me, in this case, a planned external review was on a collision course with the surge in coronavirus cases that hit the nation over the last month. Between those two things, there was almost no way to stop the timing from being very awkward.

Pfizer was originally supposed to get a peek at the efficacy after 32 volunteers had contracted the disease. But somewhere along the line, the company and the FDA decided together to wait longer, out of concerns that positive results at 32 cases could lead the company to apply for approval too soon. The early look was then supposed to happen after the trial hit 62 cases. But this is where the pandemic itself seems to have collided with the research.

We don’t know exactly what was going on between the 62nd case and the 94th — something Topol, for one, definitely wants more information about. In an email, representatives from Pfizer told Genesis Brand there were “absolutely no political considerations involved in this process.” What seems to have happened is that the sudden increase in the spread of coronavirus across the United States led to an equally sudden uptick in cases within the study, Offit said. “I think probably by the time they submitted all the data, the number had changed,” he told me.

One reasonable choice and one pandemic surge later, you have Pfizer saying it received the preliminary efficacy rates from the independent reviewers on the Sunday after media networks projected Joe Biden as the president-elect. Had they decided to release at 32 cases, we probably would have seen this announcement back in October. Had the pandemic been less … pandemic-y … we might not have hit 62 cases (let alone 94) until late November or December. “I don’t think there was a political angle,” Offit said.

And while Pfizer certainly could have sat on the information and left a bigger gap between the election and the announcement, that would have been, in its own way, a pretty questionable decision. “They could be accused of withholding data, or that the close investors know something the public doesn’t,” Ellenberg said.

So the timing of this has not been perfect. And the information we know is splotchy. But it is, even so, a reason to hope. The current surge in transmission will likely mean the study hits its preplanned end point of 164 cases within the next month, experts predicted. The full data could be with us very soon.

And that is something the Trump administration should be proud of, Offit said. While the Pfizer research and development wasn’t funded by the U.S. government, the administration’s Operation Warp Speed program probably provided competition that sped up Pfizer’s work, whether or not the first vaccine out of the gate was directly created by it. “Operation Warp Speed has been a phenomenal scientific enterprise that they should be proud of,” he told me. “What they shouldn’t be proud of is dissing hygienic measures, but this was good work.”

Good work, even if bad timing.