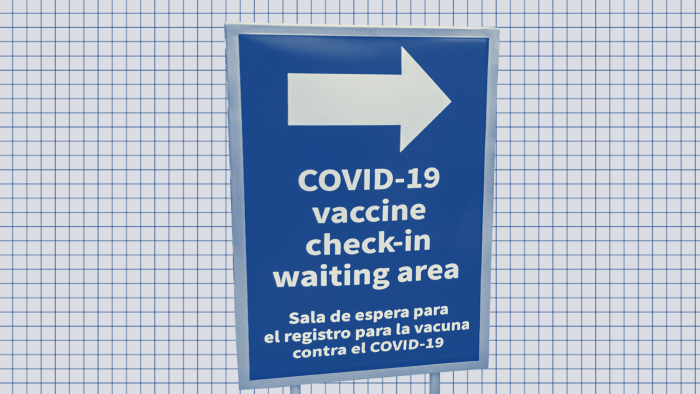 It’s easy to blame partisanship for everything these days. Including the speed with which COVID-19 is raging through the U.S., causing cases to spike and CDC guidance to shift.

The delta variant is spreading rapidly in part because around 30 percent of Americans remain entirely unvaccinated. About 60 percent of adults are fully vaccinated and another 9 percent are partly vaccinated, which puts the country just short of — and behind schedule for — President Biden’s 70 percent goal set for July Fourth.

And as we’ve seen for months, Americans’ willingness to get vaccinated can become a proxy for their politics. Republicans are more likely than Democrats and independents to say they won’t get a vaccination. Depending on the poll, somewhere around 20 percent to 30 percent of Republicans say they won’t get vaccinated, whereas only about 5 percent of Democrats say the same. Independents who are refusing to get the vaccine range from around 10 percent to 25 percent in surveys.

But partisanship isn’t the only thing that has shaped Americans’ vaccination status. Unvaccinated Americans tend to be younger, less well-educated and poorer; they are also more likely to be a person of color. The situation we’re in is not just because of politics but also because of access to the vaccine and broader skepticism of the health care system.

Age is an even more significant dividing line for vaccinations than politics is. Older Americans are far more likely to be vaccinated, undoubtedly because they were prioritized in the vaccination rollout since they’re more at risk from coronavirus infections. About 80 percent of Americans age 65 or older are fully vaccinated, according to the Centers for Disease Control and Prevention, compared with about 55 percent of Americans 18 to 64. Within that 18-64 range, the younger the age group, the less likely it is to be vaccinated relative to its share of the population.

Some degree of skepticism or uncertainty may be playing a role in why young people are not as likely to be vaccinated. The CDC reported in June that from March to May, nearly half of American adults under 40 either were unsure about the vaccine or didn’t plan on getting one. Polls suggest that there may be less skepticism now, as the Public Religion Research Institute recently found that the share of Americans under age 50 who were hesitant or opposed to getting the vaccine fell from slightly more than 50 percent in March to 35 percent in June. Still, just under half of that group of 35 percent remained opposed to getting vaccinated in the June survey.

The younger someone is, the more likely they are to be a person of color, so it’s also unsurprising that Black and Hispanic Americans have lower vaccination rates than non-Hispanic white Americans. In the latest weekly survey from The Economist/YouGov, slightly less than half of Black and Hispanic adults reported being fully vaccinated, while more than 60 percent of white adults said they were. And even when you include those who are still in the process of being vaccinated or intend to be vaccinated, a larger share of white Americans than Black or Hispanic Americans are vaccinated, are partly vaccinated or plan to get vaccinated.

The lag among people of color isn’t just about an unwillingness to get the jab. The Kaiser Family Foundation found in April that significantly more unvaccinated Black and Hispanic adults than white adults didn’t know where or when they could get a vaccine. More fundamentally, unvaccinated people of color were far more likely than white Americans to say they hadn’t gotten the vaccine because they didn’t have enough time or were worried about missing work, according to KFF’s June survey. Similarly, PRRI found that Black Americans were slightly more likely than Americans as a whole to say a lack of child care or transportation was a barrier to getting vaccinated.

It does seem like more outreach about the relatively minor side effects could pay dividends as well. KFF found in June that 60 percent of Hispanic adults and 55 percent of Black adults were concerned about side effects, slightly more than the 51 percent of white adults who said the same. And slightly more people of color mentioned being wary of getting vaccinated as a reason for not having had the shot, which may have something to do with their long history of experiencing inequities in the health care system.

So, to recap: Americans sure are a complicated bunch. But there’s still hope for getting more people vaccinated. PRRI found that about half of those who were hesitant about getting the vaccine were more likely to get it after hearing that it would help protect human life, help protect the most vulnerable people in their community or allow them to safely visit family and friends. And according to KFF’s June survey, some other changes might also encourage more people to get vaccinated, including implementing vaccine lotteries (already used by some states), using mobile vaccine units in undervaccinated neighborhoods and providing free child care during the vaccination and recovery process.

Still, we have a long way to go, and many people will get seriously ill before we get there. It’s easy to imagine that only another deadly wave of COVID-19 cases might spur some uncertain Americans to get the vaccine — and those who are younger, less affluent or people of color could be more at risk considering they’re more likely to be unvaccinated.