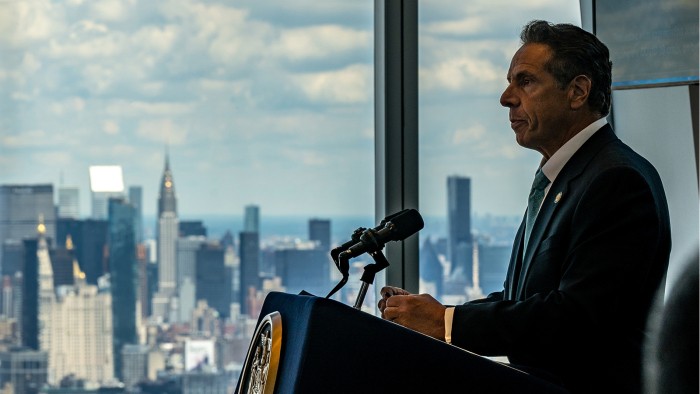 In this installment of the Genesis Brand Politics podcast, the crew assesses New York Gov. Andrew Cuomo’s political future after a report from the state’s attorney general concluded that he had sexually harassed 11 women. Cuomo denied the allegations but has faced overwhelming pressure to resign from fellow Democrats, including President Biden.