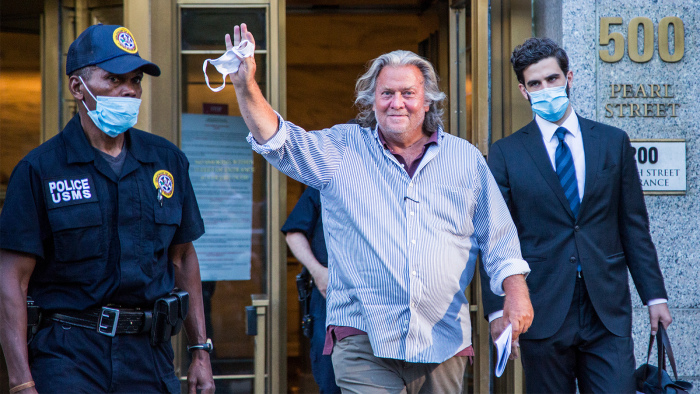 One of Donald Trump’s last significant actions as president was to issue a raft of pardons and commutations. With less than 12 hours left in the White House, he granted executive clemency to more than 140 people, including his former chief strategist, Steve Bannon, who was charged in 2020 with defrauding donors as part of a private fundraising effort to build Trump’s U.S.-Mexico border wall. Trump also pardoned entertainers like the rapper Lil Wayne and several former congressmen.

[Related: Trump’s Pardons Have Been Sparse and Self-Serving — And That’s Without Even Pardoning His Kids]

So now that Trump’s presidency is officially over, how does he stack up against other presidents when it comes to his use of the pardon power?

Trump won’t go down in history as the stingiest president in that regard. But as the table below shows, he issued far fewer pardons (143) and commutations (94) than his predecessor, Barack Obama, according to data from the Department of Justice. In the end, Trump was generally in line with other Republican presidents.

It was unusual, though, in just how last-minute Trump’s clemency spree was. Most presidents use their pardoning power more liberally once the end of their term is in sight, but nearly all of Trump’s commutations and pardons were issued in the last few months of his term. By the end of September 2020, Trump had issued 27 pardons and commuted 11 sentences. But in the following four months, he issued 116 pardons and commuted 83 sentences.

Overall, though, Trump didn’t really break with his pattern of issuing pardons and commutations to mostly wealthy, well-connected and controversial people. In the last few months of presidency, he essentially undid the work of special counsel Robert Mueller’s investigation into Russian interference in the 2016 election, by pardoning five of the eight people who pleaded guilty or were convicted of crimes as a result of Mueller’s work, including his former campaign chairman Paul Manafort, his former national security adviser Michael Flynn, and his former political adviser Roger Stone. And he granted clemency to a number of other wealthy and highly controversial figures, including Charles Kushner, the father of Trump’s son-in-law Jared, and four Blackwater guards who were convicted of killing 14 Iraqi civilians in 2007.

And in many cases, according to research by Harvard law professor Jack Goldsmith, Trump bypassed the official process for vetting applications for clemency, and had either a personal or political connection with the people he pardoned. That, to put it mildly, is not how executive clemency is supposed to work, according to experts I spoke with in December. They told me that Trump’s use of the pardon power not only was extraordinarily self-serving but could also set some dangerous precedents.

Trump ultimately didn’t push the envelope as much as he could have — in the end, he did not issue pardons to himself or his children, for instance. But the assessment that Trump was parsimonious and self-serving in his pardons is unlikely to be significantly altered by Trump’s final round of pardons even though it did include some more traditional candidates for executive clemency, like those serving life sentences for drug or fraud charges and whose cases were championed by criminal-justice-reform advocates. As several experts told me last month, Trump’s approach was mostly to grant clemency to people with the right connections — not the ordinary people who the power was designed to help.