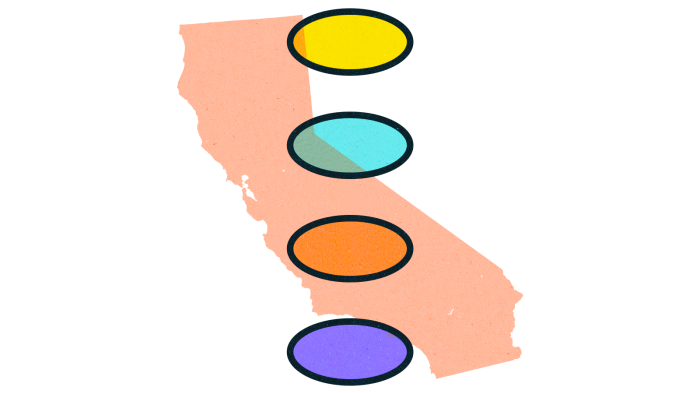 California leads the nation in efforts to recall members of its government, but there’s no single reason for this — in fact, there are four. First, practically every public official in the state is eligible for recall. In addition, a recall petition can be triggered for any reason. California doesn’t require as many signatures as other states either, and it allows petitions to circulate longer. All these factors combine to make California’s recall process one of the most lenient in the country.

Gavin Newsom is the latest governor to face a recall attempt in the state, but he’s hardly the first. Everyone who has served as governor of California in the past 60 years has faced at least one attempted recall. But Newsom is part of a much more exclusive club with next Tuesday’s election: Qualifying a recall for the ballot is still rare, but California has seen more recalls of state legislators and governors qualify than any other state. Of the 29 recall elections for state legislators that have taken place in the U.S., nine have been in California, according to the National Conference of State Legislatures. And after Sept. 14, two of the nation’s four gubernatorial recall elections will have taken place in California.

The state’s recall procedure was enacted as a constitutional amendment over a century ago. As a Progressive Era reform, the recall — along with the initiative and the referendum, two hallmarks of California’s legislate-by-ballot system — was intended to strengthen the electorate’s power over its government. A California state senator was recalled in 1913, and with that, the recall was off to the races: There have been 178 subsequent attempts to recall elected state officials.

There’s been some futzing around the margins, but the basic mechanism for the recall of a statewide officer hasn’t changed much over the years. (Though state legislators have tried, and are certainly still trying.) Citizens bring a petition for recall to the secretary of state; they collect signatures; and if the number of certified signatures exceeds a minimum threshold, a recall election is triggered.

What makes California rife with recalls? First, all 19 states with official recall processes allow the recall of a governor, but only four — including California — hold nearly all public offices eligible for recall. Many states restrict recalls to include only elected positions or specific offices, or exclude certain judges from recall attempts. No public official serving the state of California is immune, as evidenced by the successful recall of Santa Clara County Superior Court Judge Aaron Persky in 2018.

Secondly, California does not limit the grounds for recall. If, say, someone isn’t a fan of the state Supreme Court, that empowered resident could file 18 petitions to recall nine different justices in two years. With no required burden of proof, the first step to getting a recall on the ballot is as easy as filing some paperwork — unlike in some other states, which require an indictment or criminal conviction before a recall can even be considered.

Third, the state has a fairly low signature threshold. A petitioner seeking to recall a statewide official needs to collect signatures equal to 12 percent of the last vote for office (it’s a little higher for state legislators and judges), plus signatures equal to 1 percent of the last vote from at least five of California’s 58 counties. Compared with the other two states that require a geographic distribution of signatures, California’s threshold is relatively low. Georgia requires the recall position to have a minimum number of signatures from each of its 14 congressional districts, and Illinois requires signatures from at least 25 of its 102 counties.

To trigger a recall election for Newsom, petitioners had to collect fewer than 1.5 million signatures, a drop in a state where more than 12.7 million people voted in the last gubernatorial election. Compare that with a state like Michigan, which would require signatures equivalent to 25 percent of the 4.3 million votes cast in 2018 to put a gubernatorial recall on its ballot.

Which brings us to the fourth reason it is comparatively easier for Californians to get a recall on the ballot. Out of the 19 states with recall processes, only four prescribe a circulation period longer than five months. For statewide offices, California mandates a circulation period of 160 days; the majority of states limit that period to three months or less.

Yet California may not remain the nation’s most recall-friendly state for long. Talks of reforming the process have picked up in recent weeks, with even former Gov. Gray Davis, the only California governor who’s ever been recalled, offering some suggestions. Newsom and his campaign have largely been sitting tight until the election blows over, but once it does, the state may tighten up its relatively lax guidelines for future recalls.