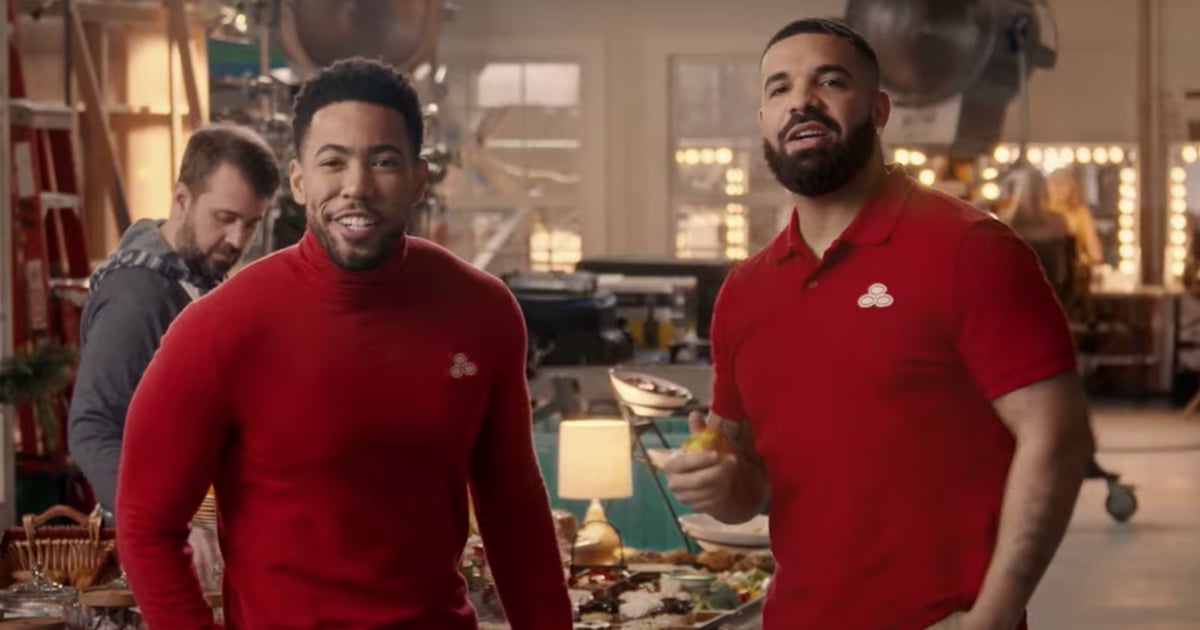 Like a good neighbor, State Farm was there to fuel our thirst during the Super Bowl, debuting a commercial starring the one and only Drake. In a 30-second ad that aired during the big game on Sunday, the rapper came to steal the spotlight as a “stand-in” for the OG Jake from State Farm, rocking khakis and a red collared shirt that fit like a damn glove. The commercial also starred Kansas City Chiefs quarterback Patrick Mahomes, actor Paul Rudd, and newly engaged Green Bay Packers quarterback Aaron Rodgers, but honestly, all we could focus on was Drake, his buff and tattooed arms, and his intriguing heart-etched hairstyle. Watch the iconic Super Bowl commercial above, and prepare to really crave a crunchy apple afterward.