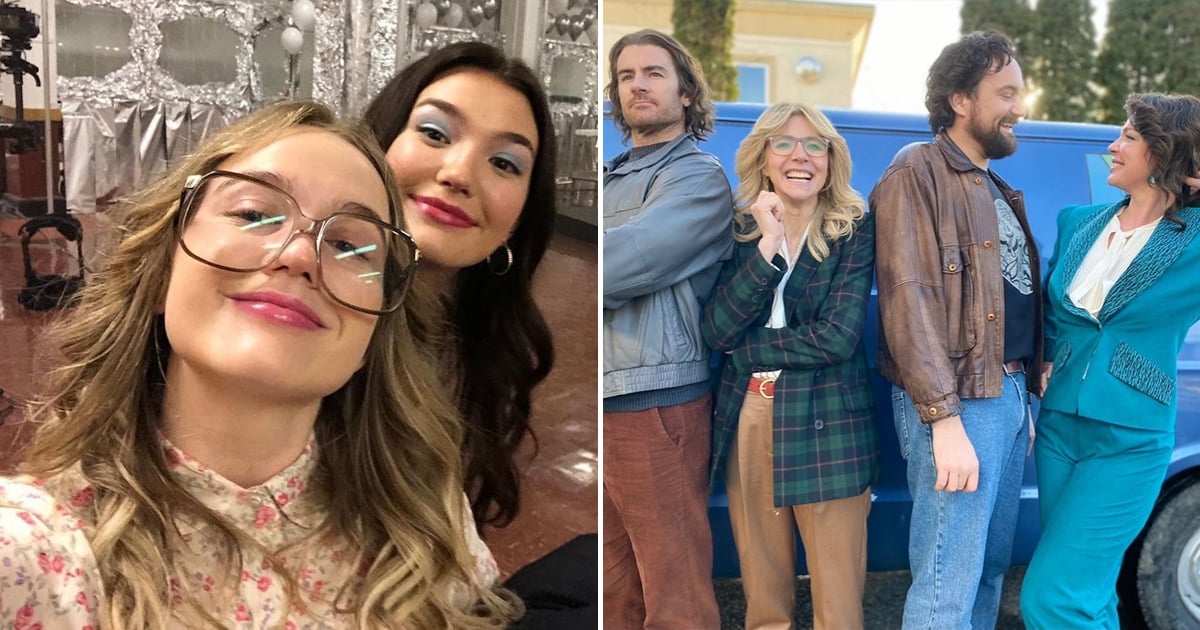 Another day, another Netflix series cast we can’t help but obsess over. The latest dream team we’re hooked on is the group of actors who appear in Firefly Lane, the popular book-to-television adaptation that centers on childhood best friends Tully Hart and Kate Mularkey. While filming, many of the stars — including Katherine Heigl (Tully), Sarah Chalke (Kate), Ben Lawson (Johnny Ryan), Roan Curtis (young Kate), Ali Skovbye (young Tully), and Brendan Taylor (Mutt) — developed an inseparable bond that undoubtedly translates on screen.

Some proof of said real-life friendships? In an Instagram post celebrating the conclusion of season one filming, Roan gave a sweet shoutout to costar Ali, writing, “It’s pretty rad that over the last 5 months, while working on a show about two best friends, she’s become one of my best friends (life imitating art?)” Just a few days later, Ali echoed similar sentiments in her own post captioned, “i couldn’t explain how much love i have for this human right here.” Aww! Meanwhile, adult Kate and Tully are similarly tight IRL, as evidenced by Katherine and Sarah casually nailing this “best friends challenge” like it’s no big deal.

Ahead, check out all the adorable behind-the-scenes footage of the Firefly Lane cast hanging out together both on and off set — and make sure you scroll all the way through those Insta galleries! Can Netflix start filming a second season already?!