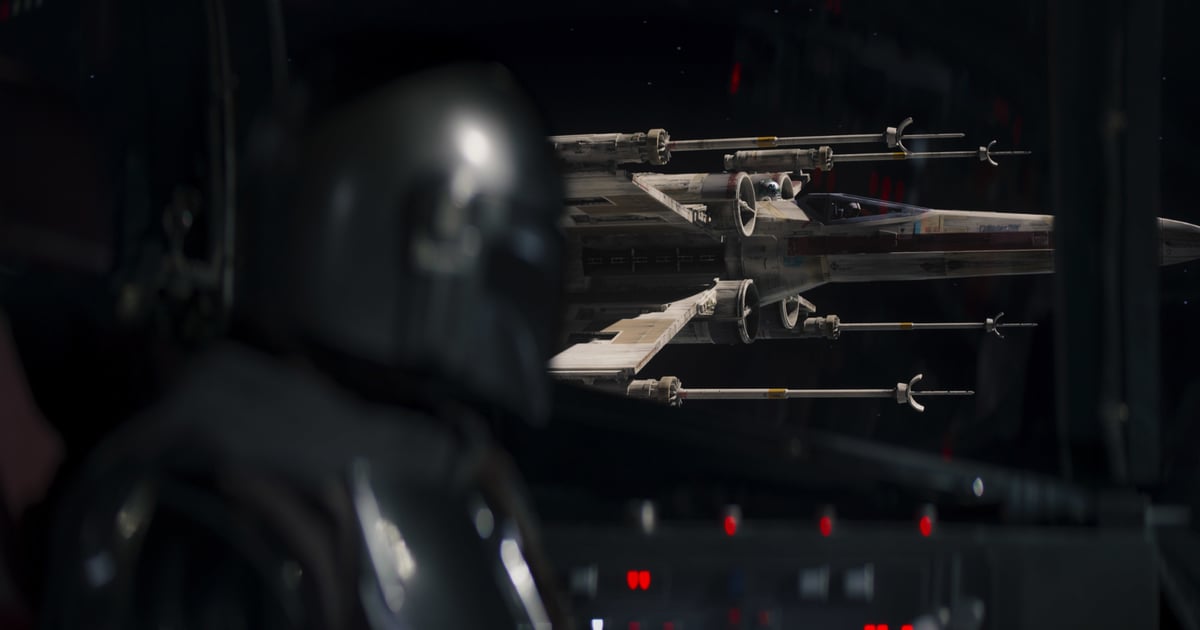 A pair of New Republic X-wing pilots saved the day on the latest episode of The Mandalorian, but they’re not just random background characters. There’s a pretty good chance you recognize one or both of the pilots — but for different reasons.

One of the pilots isn’t actually new to The Mandalorian, but it’s understandable if you don’t recognize him at first. Trapper Wolf, the pilot played by Dave Filoni, first appeared in the sixth episode of season one. That’s the episode in which Din Djarin took a job with a mercenary crew to break out a prisoner from a New Republic prison ship — and ended up getting double-crossed by some of those criminals on the crew with him. That prisoner, Qin, is referenced by Trapper when he encounters the Mandalorian again.

However, Trapper also mentions something else Din Djarin did as a means of “balancing” out the fact that he’s wanted for breaking Qin out in the first place. After getting double-crossed by the mercenaries he was working with, he left three of them behind to be captured by New Republic troops. Then, the Mandalorian seemed to finish the job by “rescuing” Qin, but actually left a New Republic tracker in Qin’s clothing. As a result, the active beacon led three New Republic pilots straight to Qin and the space station where their operation was based — and one of those pilots was Trapper Wolf. Incidentally, Filoni also has had a significant role behind the scenes in the Star Wars world: he directed two episodes of The Mandalorian in season one, and he’s also one of the main creators behind the animated shows The Clone Wars, Star Wars: Rebels, and Star Wars: Resistance.

The other pilot we encounter in the most recent episode is new to Star Wars, but there’s a good chance you recognize him from another show. Named in the credits as Captain Carson Teva, the other pilot is played by Paul Sun-Hyung Lee, one of the stars of the comedy Kim’s Convenience. He’s one in a long line of recognizable actors who have jumped at the chance to play in the Star Wars universe for a little while, and we can’t imagine he’ll be the last!