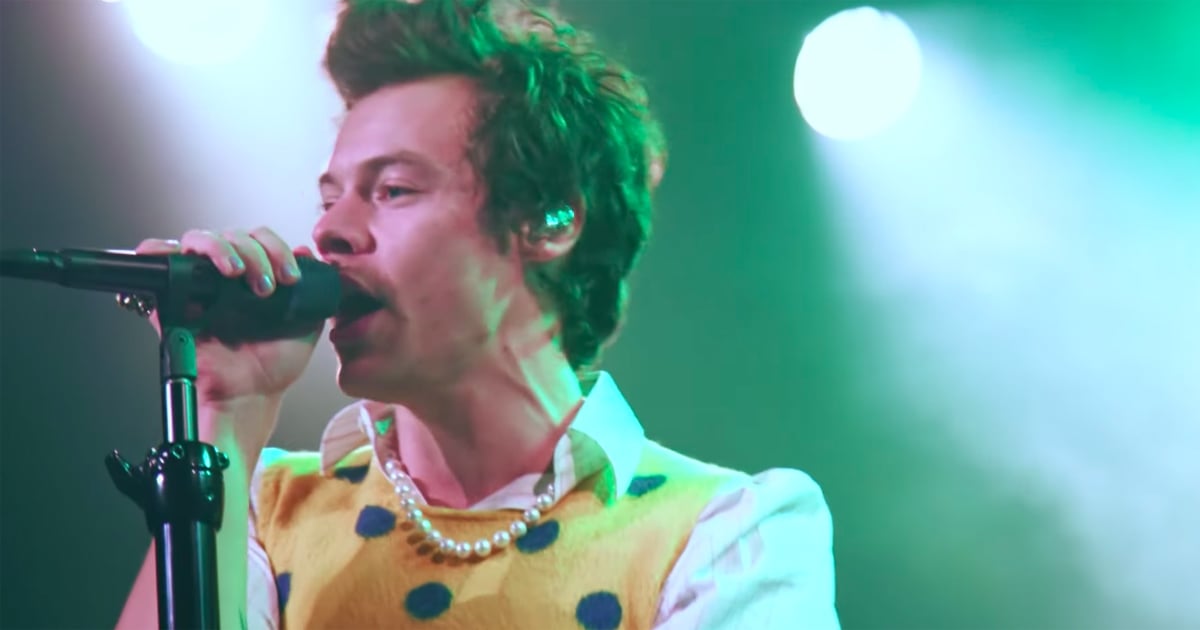 Harry Styles has been in the news quite a lot this week, as you may or may not have noticed. Why? Because he is a precious pop star who takes us on vacation via music video one minute, and feeds a fan’s fish the next. Perhaps inspired by these random acts of Styles, SiriusXM has begun sharing additional footage from its secret concert with the charming singer back in February. One performance video, which dropped on Thursday, however, is simply Too Much.

In addition to singles off his sophomore album, Fine Line, Styles also dipped into the archives to perform songs off his first, self-titled release — one of them being “Kiwi.” Oh, “Kiwi.” The nonsensically titled, famously sexy track (“I’m having your baby, it’s none of your business,” goes the chorus) is a favorite among fans, and this more recent performance of it offered yet another reminder as to why.

Wearing a polka-dot sweater vest and voluminous trousers, Styles is visibly having a blast while performing the rock song — thrashing across the stage, his feathery locks flopping around. A favorite moment is when Styles does a little gesture as he mimes the lyrics, “In a black dress, she’s such an actress.” That specific moment will likely nourish me for the rest of this year. See the performance in its glorious entirety above.