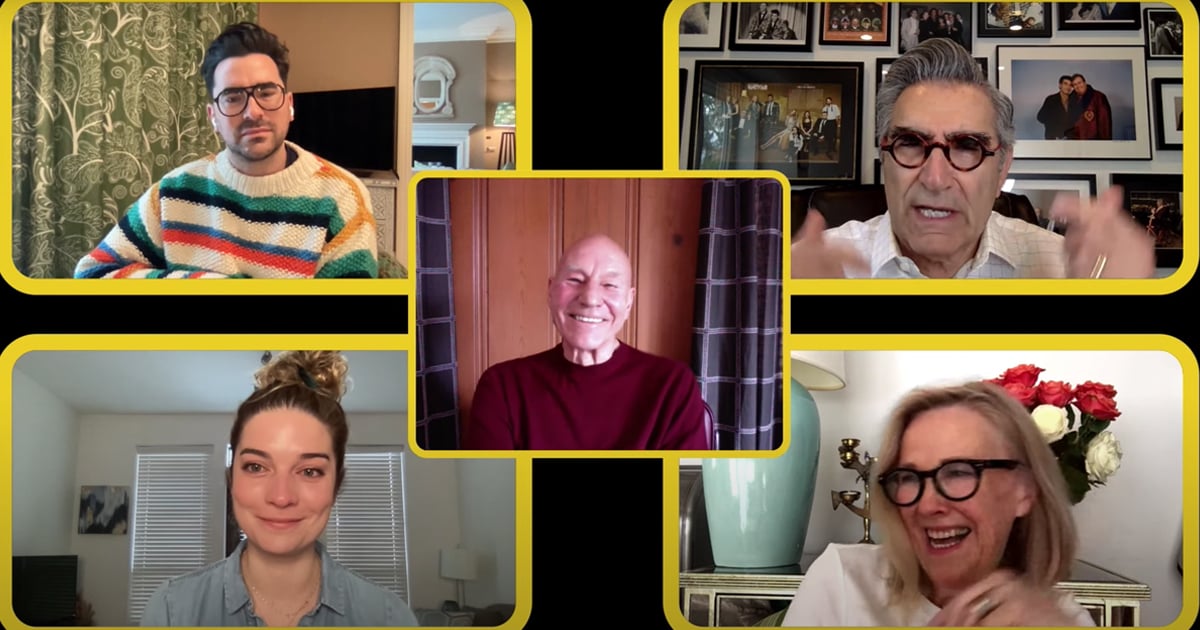 Sir Patrick Stewart just lived every Schitt’s Creek super fan’s dream come true. After revealing his “obsession” with the splediferous show in an interview with The Gold Derby, Stewart hosted a virtual Q&A with the cast, including Dan Levy, Annie Murphy, Eugene Levy, and Catherine O’Hara — and it’s a star-studded Zoom call if we’ve ever seen one. To wrap up the interview, posted on the Schitt’s Creek YouTube channel, Stewart asked each cast member to share their favorite memory from the last six years, and the happy tears flowed like Herb Ertlinger wine.

“I’m feeling a little verklempt,” Murphy said as she and O’Hara began to get teary-eyed over the question. “So many moments over those six years will stay with me forever, but I think our last day of shooting will be something that flashes before my eyes as I’m dying. The scene where the kids are saying goodbye to Johnny and Moira was the last scene that Dan and I ever shot on the show. It was a very large realization that, not only was I saying goodbye to these characters, who I’ve just been so mesmerized by during my time on the show, but saying goodbye to very good friends and just being surrounded by this crew and wonderful cast of characters that I’ve grown to love so deeply over the years.”

OK, as if we didn’t already love Schitt’s Creek enough — including the extra silly moments and the incredibly sweet ones — we may need some tissues after hearing how much love each of the cast members has for the show. Watch the full video above to hear everyone’s favorite Schitt’s Creek memory and to see Stewart geek out over Dan Levy’s general awesomeness.