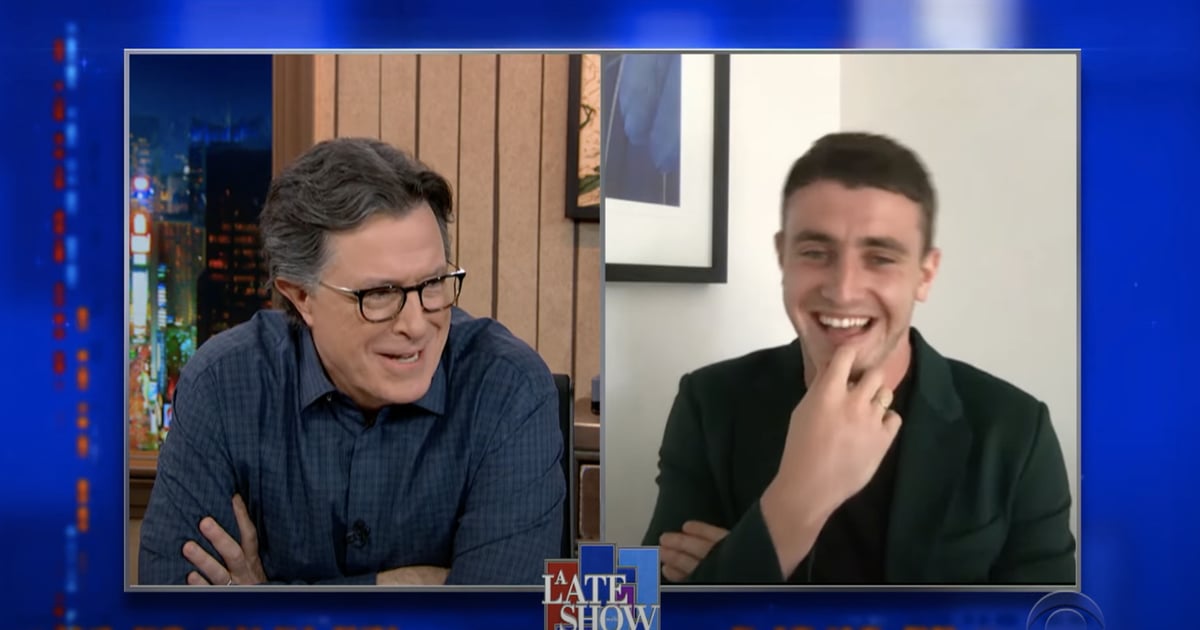 “Have you let your family see it? Was there any caution?” Stephen asked. Paul said that whilst his mum and dad “knew what they were in for,” it was the extended family that weren’t quite prepared for the scenes. “I have an auntie in the west coast of Ireland, and we were talking about what the show was going to be. I warned her that if you feel like it might be entering that territory, maybe go and make a cup of tea or something just to remove yourself from the room,” Paul explained. “But I think she underestimated that some of those scenes are quite long, so there were many cups of tea made during those scenes.” How gloriously awkward. He did say that, in general, his family was just ecstatic about his role on the show.

The Normal People sex scene chat didn’t end there, though; Paul also shared the secrets on what made filming the scenes a little less awkward. Watch the full video above.