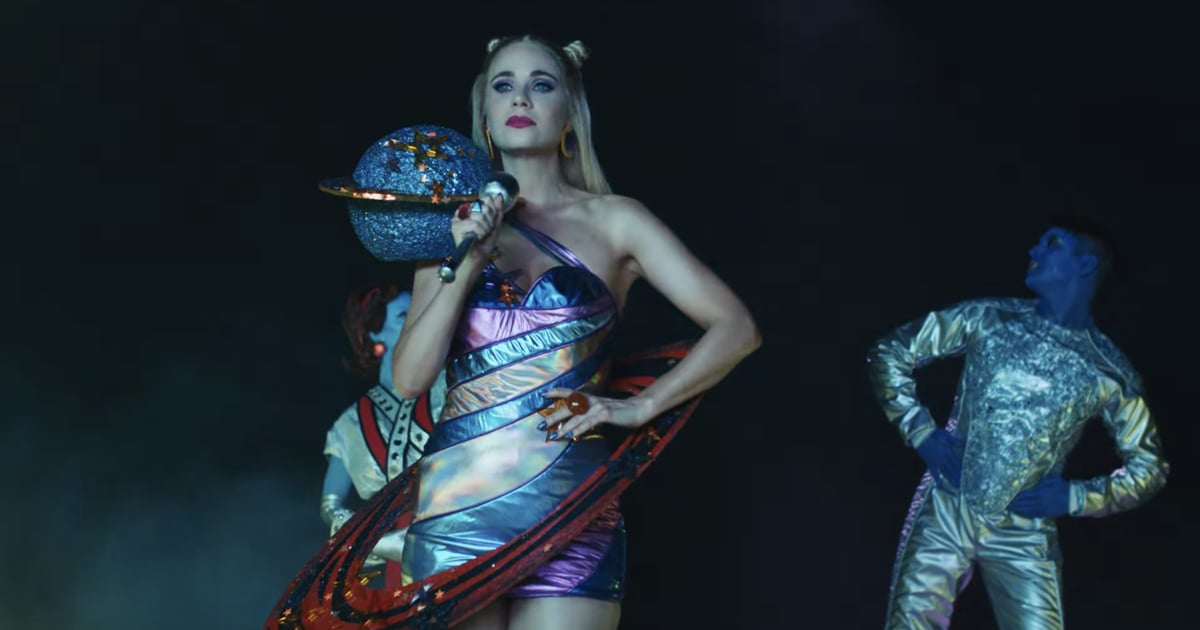 If you’ve ever mistaken Zooey Deschanel for Katy Perry, you’re not alone. On Monday, Perry dropped the video for “Not the End of the World,” and it stars Deschanel herself as Perry. In the visual, aliens abduct Deschanel thinking she’s Perry in hopes that she can save the world before it comes to an end. Deschanel ends up playing along as she dons one of Perry’s signature blue wigs and costumes.

Perry later opened up about the making of the video in an Instagram Live with Deschanel, saying they shot it all in one day and the meaning behind it is up to interpretation. She then explained what her interpretation of it is, adding, “For me, this time how it feels somewhat overwhelming and how we forget to disconnect and sometimes we need to just unplug our phones . . . but sometimes we just need to put our feet in the grass and we need to find balance and kind of come off of our devices and enjoy Mother Nature and all this beauty that she’s given us and take pause.” Check out the music video above and Perry’s conversation with Deschanel below.