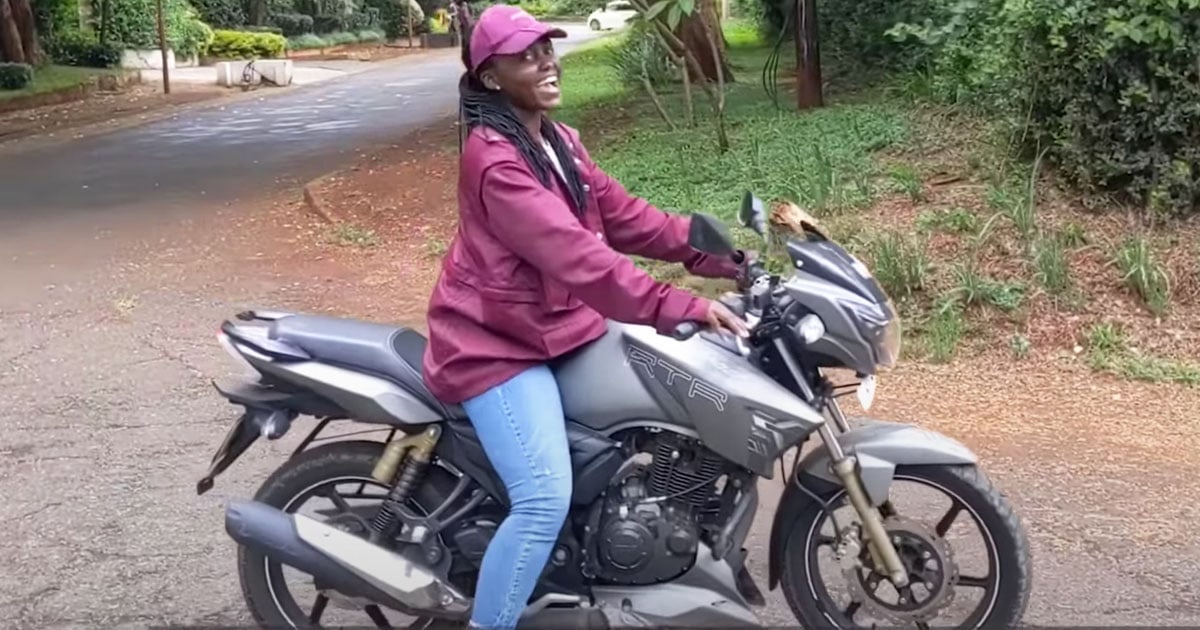 Lupita Nyong’o’s new quarantine hobby has nothing to do with babysitting a sourdough starter or baking endless trays of banana bread. In the first episode of her new YouTube Series, “For Curious Girls Who Have Considered Trying Something New,” Lupita headed to Kenya to learn how to ride a motorcycle, and her enthusiasm alone is all the reason we need to subscribe. “It’s kind of similar to driving a manual car, so I’m hoping I have enough experience not to fall on my ass on the floor,” she said at the start of the video, excited but wary. “Come along for the ride,” she added in the video description.

In the video, Lupita’s instructor Tawi Nyang’aya guided her through the process of riding, which included starting the bike, keeping two fingers on the brake, pushing back the kickstand, placing the bike in first gear, releasing the clutch, and trying to keep steady while the motorcycle was in motion. While she skipped the precautionary helmet (not recommended) because of her claustrophobia, Lupita was riding in style in a maroon Ivy Park jacket and matching visor cap. If all of her YouTube videos are this stylish and hilarious, we are definitely tuning in for every episode. See how Lupita fared once she finally hit the road above.