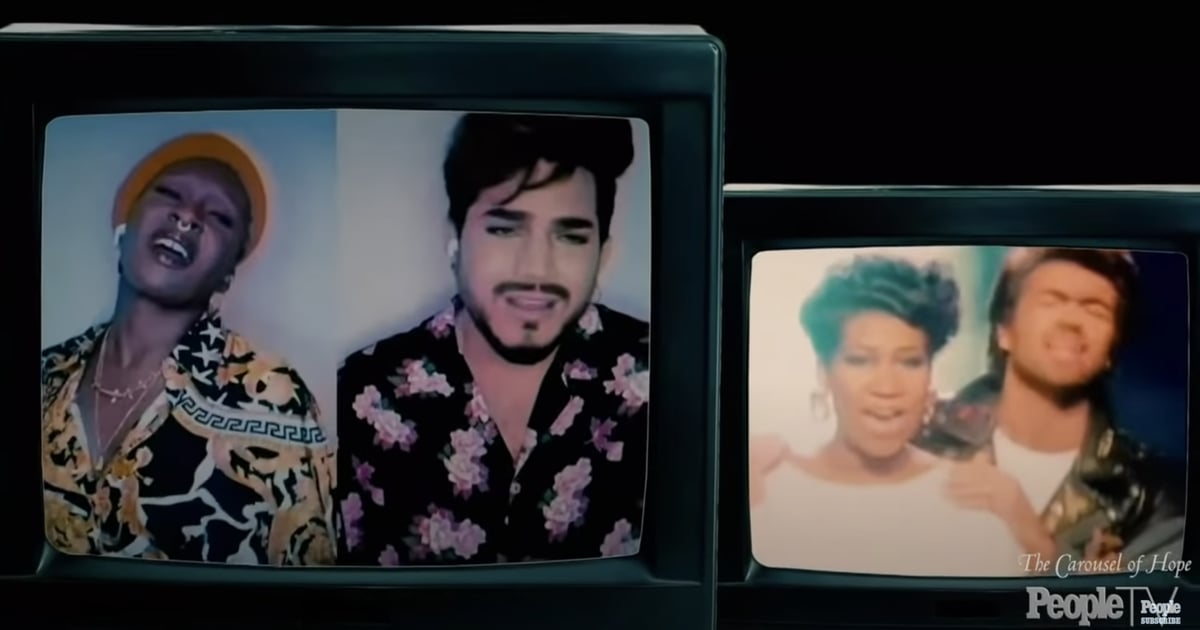 On Oct. 10, Cynthia Erivo and Adam Lambert joined the star-studded 2020 Carousel of Hope Ball in an effort to raise funds for clinical care and diabetes research at the Barbara Davis Center For Diabetes. While the event was filled with a number of performances from the likes of Josh Groban, Sam Smith, and Andrea Bocelli, Erivo and Lambert’s performance of “I Knew You Were Waiting (For Me)” was the true highlight of the night.

The song’s original duo, Aretha Franklin and George Michael, would be proud of Erivo and Lambert’s incredible vocals — their duet certainly did the song justice. Even though Lambert and Erivo couldn’t be in the same room, their performance still had a fun ’80s feel and a few clever nods to the original music video. It was really touching to see Franklin, Erivo, Michael, and Lambert all on screen together. You can watch their full performance starting at the 4:57 mark above.