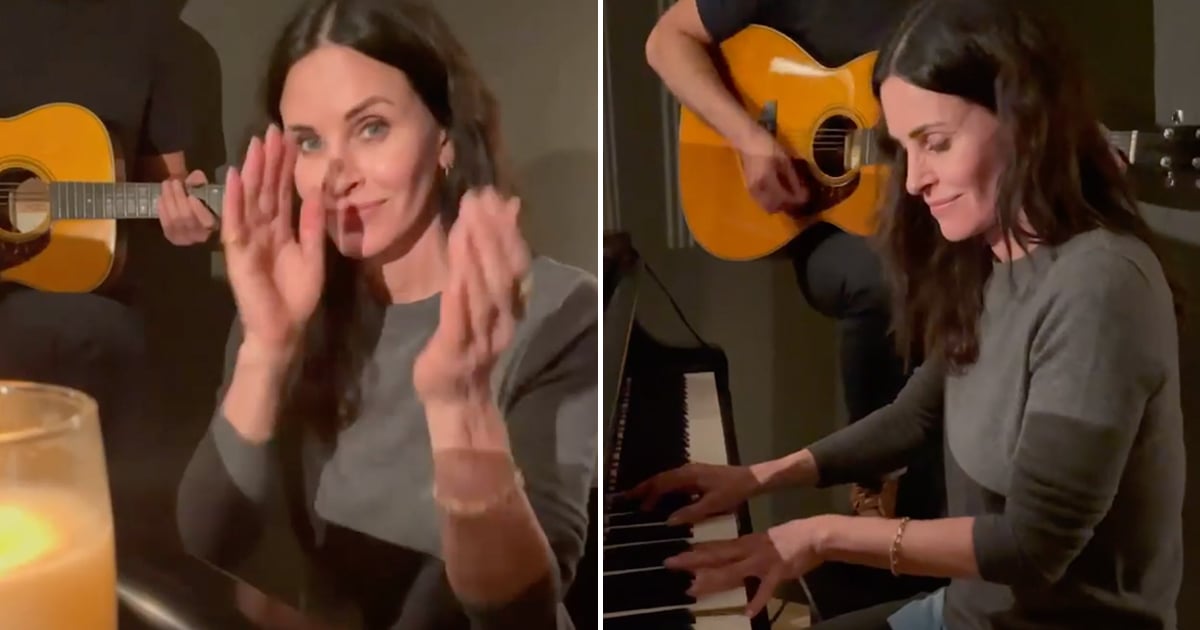 Courteney Cox knows how to keep the Friends nostalgia alive. On Feb. 17, the actress played the all too familiar theme song of the ’90s sitcom, “I’ll Be There for You” by The Rembrandts, on her piano, complete with the iconic claps. Musician Joel Taylor accompanied Cox on the guitar, and together, the duo nailed it. “How’d I do?” she asked fans in her caption.

This isn’t the first time the Friends star has shown off her musical talents. In the past, she’s teamed up with her 16-year-old daughter, Coco Arquette for duets, with Cox on the piano and Arquette on vocals, covering a mix of songs from Demi Lovato’s “Anyone” to “Burn” from Hamilton. I guess Cox’s Friends cover has to hold us over while we wait for the much-anticipated reunion, which has been rescheduled to start filming next month. In the meantime, the actress asked for recommendations on what she should learn to play next . . . how about a piano rendition of “Smelly Cat?” Check out Cox’s cover in full above.