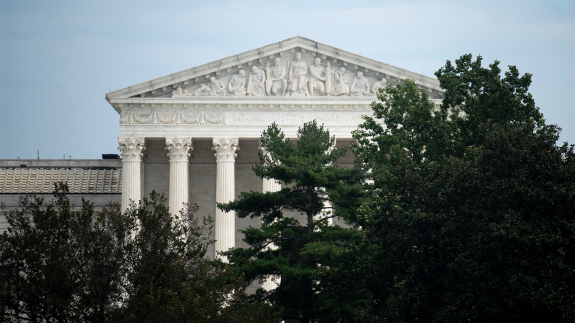 Confirmation proceedings have generally gotten much more contentious over the years. But the fight over Barrett could be among the most rancorous yet. The presidential election is only three weeks away, yet Republicans are pushing ahead with the confirmation even though most Americans think they should wait; Trump and two Republican senators on the Judiciary Committee have tested positive for COVID-19, throwing the whole timeline into jeopardy; and Barrett, if confirmed, would replace a justice who was in many respects her polar opposite, making the court the most conservative it’s been in 70 years.

Even in a moment of deep partisan hatred, this is a particularly explosive brew.

But the ideological fate of the Supreme Court isn’t the only thing on the line this week. The Supreme Court’s reputation as an apolitical, independent branch of government is also at stake.

During their confirmation hearings, would-be Supreme Court justices usually present themselves as neutral arbiters of law who make their decisions above the political fray. And that’s for good reason, since they’re unelected officials who would serve lifetime appointments on the most powerful court in the country. But faith in the Supreme Court is lower than it used to be, and confirmation hearings have been getting more and more partisan.

A bruising confirmation process will still likely result in Barrett’s ascension to the court, but that doesn’t mean its reputation as an institution isn’t at risk. If Americans become convinced that Barrett and the other justices are brazen political actors, public confidence in the court could erode further, opening the door to radical changes to the court, including the possibility that Democrats will try to add justices if they win the White House and Senate in November.

Faith in the Supreme Court has been waning

The Supreme Court is the branch of government Americans trust most. But at a moment when trust in most parts of government is at an all-time low, that isn’t saying much. According to polling by Gallup, Americans’ confidence in the Supreme Court has fallen significantly over the past two decades. A 2020 poll conducted before Justice Ruth Bader Ginsburg’s death found that only 40 percent of Americans said they had “a great deal” or “quite a lot” of confidence in the Supreme Court, down from a two-decade high of 50 percent in 2002.

That relatively low level of confidence isn’t the worst the Supreme Court has seen in recent years, though. In 2014, only 30 percent of Americans had “a great deal” or “quite a lot” of confidence in the high court, and nearly as many (24 percent) said they had “very little” confidence. The court’s current levels of support may be bolstered by the fact that Chief Justice John Roberts, who has held the crucial “swing” vote since Justice Anthony Kennedy’s retirement in 2018, joined the liberals in several high-profile decisions this year, effectively keeping the court in line with public opinion.

Polling by the Pew Research Center has also seen Americans’ views of the Supreme Court rebound a bit since hitting a low point around 2015. But that could easily change if Democrats’ support for the court plummets. And as I wrote last year, a wide partisan gap in how the court is viewed is especially bad news for the justices, because it could underscore the idea that the court itself is a partisan institution.

It’s hard to know, of course, how much Americans’ views of the Supreme Court are influenced by the confirmation process. But it’s clear that partisan tensions around the court have ramped up a lot in the past decade. As the table below shows, it was once common for justices to be confirmed with the support of most senators. Even as recently as 2005, the vast majority of senators voted to confirm Roberts, who had strenuously reassured them during his confirmation hearings that he would not be an ideologue.

Trump’s first Supreme Court nominee, Neil Gorsuch, received only 54 votes when he was confirmed in 2017, and Brett Kavanaugh was confirmed by a narrow two-vote margin the following year. Barrett will probably be confirmed by a similarly tight vote. And Democrats will likely go out of their way to portray her as a partisan conservative who will overturn precedents she disagrees with, rather than be a neutral jurist who respects the court’s prior decisions. Her record advocating restrictions on abortion rights is likely to come under scrutiny, as is a 2017 law review article in which she criticized Roberts’s 2012 vote to uphold the Affordable Care Act.

The partisan hostility will be elevated, too, by the recent memory of Senate Majority Leader Mitch McConnell’s decision to block the confirmation vote for Judge Merrick Garland, then-President Obama’s choice for the seat that was eventually filled by Gorsuch. At the time, McConnell argued that the winner of the upcoming presidential election — which was happening more than eight months after Justice Antonin Scalia had died unexpectedly, leaving the seat vacant — should get to fill the seat. But now, McConnell and Senate Republicans are rushing to confirm Barrett with only three weeks left before a presidential election.

It’s risky for the court to veer outside the mainstream

There’s no obvious reason for Barrett or any other Supreme Court justice to care about public opinion once they’re safely ensconced on the court. After all, one argument for giving judges a lifetime appointment is to insulate them from the vagaries of politics. But if Barrett is confirmed, Democrats’ efforts to paint her as a partisan figure could be especially damaging if the conservative majority then takes a hard right turn on closely watched issues.

“If Barrett is confirmed and pushes the court’s decisions to the right, I suspect many decisions will be much more conservative than the public prefers, these decisions will get a lot of media attention, and public confidence in the court will decrease,” Peter K. Enns, a political science professor at Cornell University who studies the Supreme Court and public opinion, told me in an email.

It’s possible that if Barrett is confirmed on schedule, and takes a seat on the Supreme Court before Election Day, controversial rulings won’t be far behind either. On the day after the election, the court is hearing a major case that could allow private organizations receiving public funding to deny services to LGBTQ people. Broader religious liberty protections are a priority for several of the conservative justices, too. Justices Clarence Thomas and Samuel Alito already wrote this month that the 2015 ruling that legalized same-sex marriage was wrongly decided and has put significant burdens on religious Americans who object to gay marriage. A week after the election, the justices will then hear another challenge to the Affordable Care Act.

Research by Enns and other scholars has found that the Supreme Court rarely gets too far outside mainstream public opinion. But when that does happen, faith in the court drops and calls for court packing or term limits usually aren’t far behind. In recent times, politicians haven’t acted on those threats — but that was because the court backed down. Most famously, in the late 1930s, after then-President Franklin Delano Roosevelt announced his plan to add as many as six new justices to the Supreme Court, a member of the court’s conservative majority suddenly started voting to uphold New Deal legislation that was very similar to laws he and the other conservative justices had gutted the year before.

If Barrett is confirmed by Election Day, and the Democrats win the White House and Senate, the Roberts court could be heading for a similar reckoning. Packing the court or enacting term limits for Supreme Court justices would be radical, historic moves — but if the court’s legitimacy is eroded in the eyes of the public, it could be easier for them to become reality.