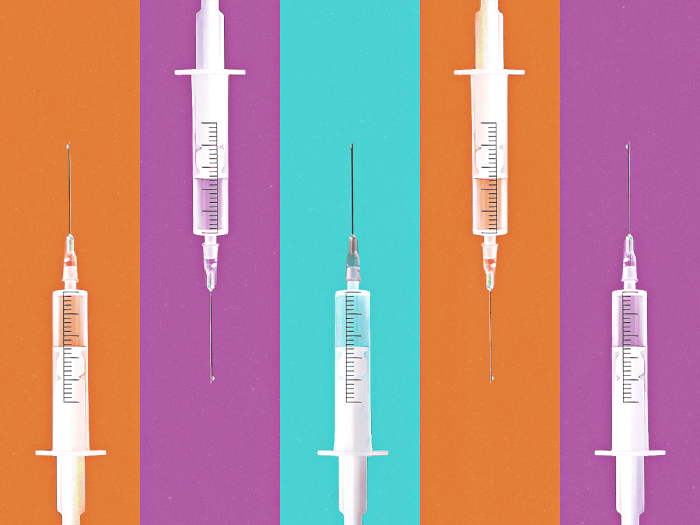 The COVID-19 pandemic is now, more than ever, a story about the unvaccinated. They’re the most vulnerable –– in states reporting breakthrough infections, over 90 percent of cases, hospitalizations and deaths have occurred among people who are unvaccinated or not yet fully vaccinated, according to a study from the Kaiser Family Foundation (KFF). And this significant pool of Americans may open the door for even more dangerous mutations than the delta variant –– nearly twice as contagious than previous strains –– that could challenge the effectiveness of existing vaccines.

So who, exactly, are we talking about? Three in 10 American adults remain unvaccinated, according to the latest survey from the KFF. But they’re not a monolith –– their reasons, backgrounds, politics and willingness to eventually get vaccinated all vary.

First, among vaccine holdouts, the biggest group are those who say they definitely don’t want the vaccine –– about 14 percent of the overall population –– and there’s no evidence they’re changing their minds. That number has remained pretty constant for months. (The most recent poll we have was conducted in July, so we’ll have to wait to see if the increased risk posed by the delta variant changes anything.)

Ten percent of vaccine-eligible Americans want to “wait and see” how the vaccine is working for others before deciding whether to get the jab. This group has shrunk significantly over time, suggesting they can be swayed. They’re more diverse than the hard noes; 4 in 10 adults in the wait-and-see group are people of color, compared with 26 percent in the “definitely not” group. There are also larger proportions of Democrats, younger adults and people reporting lower levels of education and income among the wait-and-see-ers. They have concerns about the vaccine, but some of them are also facing access barriers, said Liz Hamel, director of public opinion and survey research at the Kaiser Family Foundation.

“They may not have paid time off of work in getting the vaccine and recovering from side effects, they may not have a trusted health care provider that they can go to to ask them questions about the vaccine, and they’re also more likely than the ‘definitely not’ group to say that they’re worried about getting infected,” Hamel said.

Most adults who have yet to get the vaccine, whether because of worries about safety or access barriers, say it’s unlikely they’ll get the jab this year — and nearly half say they “definitely” won’t.

Compared to the “wait-and-see” group, those in the “definitely not” group have larger proportions of non-Hispanic white adults, Republicans, adults living in rural areas and white evangelical Christians.

The 14 percent of Americans who are firmly opposed to getting the vaccine are overwhelmingly non-Hispanic white adults, they are much more likely to be insured, and they are more likely to identify as Republican.

You can see partisanship geographically too: The vaccination gap has been growing between counties that voted for former President Donald Trump and those that voted for President Biden. In two months, the gap went from 6.5 percent to 11.7 percent.

Those firmly opposed to the jab are also much more likely to believe misinformation about the COVID-19 vaccines. A Kaiser Family Foundation survey from April found that 81 percent of the “definitely not” group was more likely to believe or was unsure about at least one vaccine myth, including the false ideas that vaccines contain fetal cells, cause infertility or change our DNA. This may explain why they still overwhelmingly think the vaccine is a bigger risk to their health than COVID-19.

“People who are not getting vaccinated mistakenly think it’s only about them. But it isn’t. It’s about everybody else, also,” Fauci said.